Ebola: Spider’s web of infection is growing as hunt continues for 30,000 ‘victims’ of outbreak 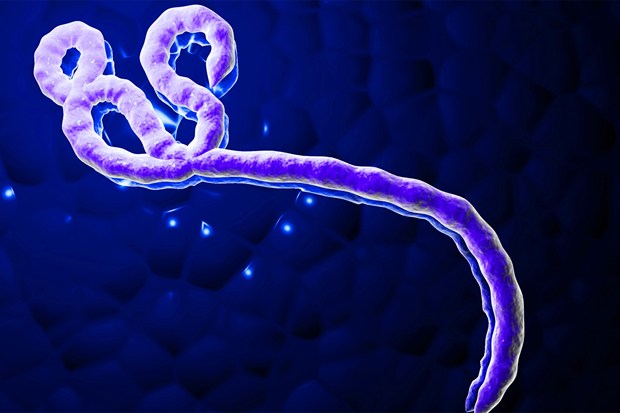 The hunt for people in contact with deadly Ebola was dramatically escalated tonight as the risk of infection spread across the globe like a giant spider’s web.

Initially health officials wanted to trace only a few hundred passengers on two planes which had carried victim Patrick Sawyer, 40.

But – as Cabinet ministers held an emergency Cobra meeting in London – the search was widened to find up to 30,000 people who could be hosting the organism which kills 90% of sufferers.

The list includes anyone at one of four airports visited by American dad-of-three Sawyer, and those in contact with him in Nigeria’s capital Lagos, home to 17 million, where he died five days ago.

Mike Noyes, of Action Aid, said: “This is the worst Ebola outbreak the world has ever seen.

“The most worrying thing is not just the numbers of people dying, but how long it is going on for.

“Most outbreaks last six weeks to two months. This one began in February and is speeding up.

“If anyone could answer the question ‘Why?’, we might be able to stop it. Instead, the reach of the spider web of infection is growing.”

A total of 672 have so far been killed in the outbreak which has spread across four borders in Western Africa. A team of public health experts plus £2million in emergency aid have been sent to the region by the UK.

Several airlines have now stopped flying to Liberia and Sierra Leone over concerns about the spread of the disease from Guinea.

Global medical charity Doctors Without Borders has warned the crisis is “unprecedented, absolutely out of control”.

Bart Janssens, the charity’s director of operations, warned there was no overarching vision of how to tackle Ebola.

He said: “This epidemic can only get worse, because it is still spreading in some key hotspots.

“We are extremely worried by the turn of events, particularly where there is a lack of visibility of the epidemic. If the situation does not improve quickly, there is a risk of new countries being affected.

“It is difficult to predict, because we have never known such an epidemic.”

An isolation unit for Ebola victims in Liberia’s capital, Monrovia, had become overrun tonight and patients had to be treated in their homes.

Dozens of local health workers have died treating patients. Every school in Liberia shut today and public events carrying a risk of passing the virus, including football matches, were cancelled.

Foreign Secretary Philip Hammond, who chaired the Cobra meeting said the NHS could cope with any threat posed by the virus.

Ministers discussed measures to be taken if any UK nationals in West Africa became infected.

He said the threat to the UK came from someone contracting the disease abroad and only becoming unwell in this country.

Earlier this month Public Health England issued an alert to UK doctors to be aware of Ebola.

But Mr Hammond confirmed the disease had not yet “directly” affected Britain.

He added: “In terms of the UK, the issue is is not about the disease spreading in the UK because we have frankly different standards of infection control that would make that most unlikely.

“We do not think that this is an issue affecting the UK directly.”

Health Secretary Jeremy Hunt, who was also at the meeting, said the experience of NHS staff meant “the risk of this disease spreading fast in the UK is much lower”.

He added: “We are looking at our capability but we are very confident we have very good people in the NHS, very experienced people, who will be ready to deal with anything if it were to arrive.”

The Department of Health today confirmed a test for Ebola on a man in Birmingham was negative. Another man visiting London’s Charing Cross Hospital was also given the all clear.

Dr Brian McCloskey, director of global health at Public Health England, said the outbreak was “clearly not yet under control” in West Africa.

He added: “The risk to UK travellers and people working in affected countries of contracting Ebola is low but we have alerted UK practitioners about the situation in West Africa and requested they remain vigilant for unexplained illness in those who have visited the area.”

Since the outbreak began in February, some people looking after the sick and carrying out burials, could have helped to spread the virus.

Fears of the global spread were raised after two Patrick Sawyer was allowed on two ASKY Airlines flights on July 20.

Despite vomiting and suffering from diarrhoea, he was allowed to get on a plane in Liberia, stop over in Ghana, change planes in Togo and then fly on to Nigeria.

The Liberian government official – whose sister was killed by the virus just before he set off – eventually died five days after arriving in Lagos.

His wife Decontee said: “My girls will never get to know their father. People think Ebola is a problem on the other side of the world.

“But Patrick could’ve easily come home with the virus.”

A Department of Health spokeswoman said: “Any patients with suspected symptoms can be diagnosed within 24 hours and they would also be isolated at a dedicated unit to keep the public safe.

“Our staff are also working with the World Health Organisation to tackle the outbreak in Africa.”

Health campaigners today called on US authorities to speed up approval of a new drug TKM-Ebola hoped to be the first effective measure against the virus, passed by human contact.

3 Responses to Ebola: Spider’s web of infection is growing as hunt continues for 30,000 ‘victims’ of outbreak