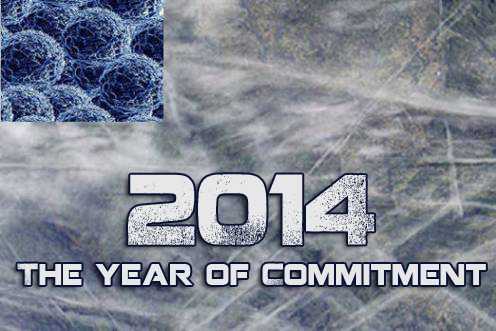 Happy New Year to America and to people all over the world. However, happiness is hard to find in an economically devastated and war-entrenched planet, and one that is so profoundly damaged by non-stop radiation and geoengineering/aerial spraying.
Nancy Levant

It seems that humanity has taken a back step to powers that have caused and continue to cause such damage, and that the world’s people can no longer live normal lives. Weather control has devastated Africa, India, parts of Asia, the West Coast of the U.S. and many other nations for decades. The effects include starvation, war, sickness and disease, and deaths en masse.

Equally, weather control has devastated all of nature. Global wildfires like none ever experienced in human history, species extinctions at wildly alarming rates, entire oceans, lakes and rivers being acidified and poisoned non-stop with heavy metal nano-particulates sprayed from jets and planes, and with trees and other flora dying all over the world, including food crops.

People who once were the healthiest in the world are now dying en masse of major organ failures, cancers, chronic breathing problems, sugar disorders, and Alzheimer’s disease, all of which epidemics.

Poverty has also become an epidemic human disease, globally. Human trafficking (minimal or free-wage labor) replaced actual wages, part-time employment replaced full-time jobs, housing became a global crisis for people all over the world; all while corporations raked in incomprehensible profits, billionaires and banks grew in incomprehensible wealth and power, and political representatives all over the world opted to serve billionaires and banks while knowingly destroying the world’s people and the earth.

As such, and specifically due to rapidly escalating ill-health of everyone on the planet, 2014 must become the year of commitments. We cannot allow ourselves to be exterminated for the benefit of wealth and power that has become pathological in every conceivable way. Much of Africa, Europe, the Mid-East and the U.S. have been decimated. Each of these nations is full of wealth, intelligence, good and hard-working people, and they are filled with people who ask for little minus the ability to thrive; to have families and livelihoods, futures, hopes and dreams. All has been taken as the world’s elites have horribly, unconscionably taken the ability to thrive from most and all to their benefit, this handful of people who are destroying the planet, every living thing, and all sustenance.

They have destroyed water, air, soil, food, the atmosphere, the ionosphere, the stratosphere, the oceans, fresh water, and they are even cracking and fracking the earth’s core—all of which for wealth and power. Then, as if their collective damages were not enough, they report that they can control evolutionary processes and intend to make humans less human via genetic modifications, using nano-technologies and neuropharmacology (drugging), and that they plan to replace human necessity with robotic machines that are superior to humankind, all of which, again, demonstrating and serving their profits, wealth and power.

We have two choices: Allow the destruction of the planet, which provides all sustenance to biological life, including us, or commit to stop these handfuls of people who now have control, globally, over all of science, all global wealth, and all life sustaining natural resources (air, soil, water, plants and animals).

By altering the natural electromagnetic condition of the planet’s ionosphere, by microwaves, satellite technologies; by spraying the entire planet with heavy metals and sulfates; by permanently damaging the entire planet with thousands of nuclear weapons’ tests, accidents and intended uses, they have sickened all natural systems to such a degree that biological life is rapidly dying off, people included. This is why we are being mass-drugged, why they have altered the world’s food, which no longer grows normally in wholly contaminated soils, and this is the ACTUAL reason why “health care” is being diminished, because EVERYONE is sickened with heavy metals and radiation poisoning. Every living thing, from insects to birds to fish to people to trees to crops, is dying…globally…and there is no medical treatment for such poisoning. It doesn’t exist.

We are at the edge, people, of life itself. If every person does not stand up to this absolute insanity, we aren’t going to make it. You must commit your efforts on a daily basis, from here on out, or we are not going to make it, which may ultimately be the plan according to many of the billionaires currently at the helm of this pathological nightmare It is also why they are so rapidly attempting to technologically “evolve” humankind; they know we are sick and dying, and they are trying to cover their crimes. You must commit to stop the destruction. All of nature nor we can take any more. You’ve got to act before you can’t.