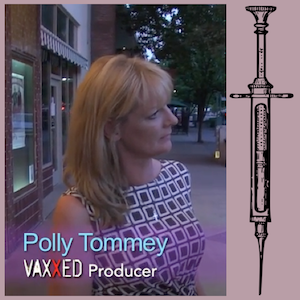 Connecting with the entire Vaxxed team at the recent Northern California public awareness event was truly an honor. VAXXED director Polly Tommey has completely committed herself to the critical fight against the vaccination lies and deception that has been systematically programmed into the US population. Polly's testimony of her own path of awakening is very powerful and compelling, she has given the last 19 years of her life toward the effort of waking the masses to the full truth about vaccinations. My most sincere gratitude to Polly for her tireless dedication toward the greater good, the three minute video below provides a glimpse of her courage and compassion.
Dane Wigington
geoengineeringwatch.org

107 Responses to An Interview With VAXXED Director Polly Tommey