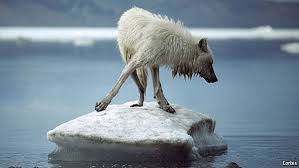 So many are understandably confused about the true state of the climate and the totality of the damage already done to the climate system. Most main stream media sources have done their absolute best to create and solidify this confusion by putting out one false narrative after another. Now add the ongoing and constant all out assault of completely engineered weather events and we are left with a population that is very uncertain and divided on their perspectives of climate realities.

So what is the real story? Isn’t Arctic ice expanding? If methane release is really a problem, wouldn’t we have heard about it from main stream media? Wouldn’t we at least have heard more from “independent” media sources?

The answers are no, no, and no.

Arctic ice “mass” never stopped shrinking. Last September the power structure controlled main stream media did their best to spin the facts and most of the public took the bait.

Three “unusual” cyclones occurred over the Arctic during the summer of 2013. The effect of this was to spread out the remaining ice into a very thin layer of near “slush” that covered a wider area than the previous year, 2012, which was by far an all time record low for Arctic ice “surface area”. The “surface area” of ice is of course completely different than the “mass” or total “volume”. 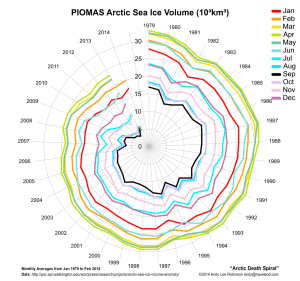 So here is how the main stream media spun the facts. The headlines they put out said “Arctic Ice” had “expanded by 50%”. Sounds convincing, right? Here is the reality, the “surface area” (at the end of the melt season in 2013, now little more than slush) covered 50% more than the previous year of 2012 when there was almost no ice. Having 50% more than almost nothing is still not that much as 2013 was the 4th lowest “Arctic ice surface area” ever recorded. This is a fact the mainstream media generally omitted. Next, at the exact time the headlines were trumpeting “expanding Arctic ice”, the “ice mass” or “total volume” was at all time record lows of only 19% of the 30 year average (this is another fact that we certainly did not hear from mainstream media). 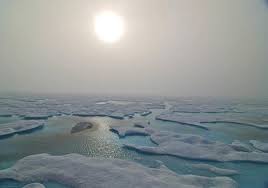 The climate engineers appear to have thrown everything they had at slowing the ice melt over the Arctic in 2013. Constant aerosol spraying of the skies over the Arctic (visible on satellite images and from film footage) to blot out the sun. Also, the likely spraying of artificial/chemical ice nucleating materials. If you don’t think water can be chemically frozen, think again.

Engineered Snow Storms, What Are They Spraying?
https://www.geoengineeringwatch.org/engineered-snowstorms-what-are-they-spraying/

What about all the “independent” news sources? Unfortunately in most cases the answer is again NO, as mentioned above. There is understandable disdain for people like Al Gore and the completely corrupt system he represents. Many “independent” news sources have not yet been able to look past their distrust of the people like Gore in order to examine the hard facts on the ground. Yes, Gore and company are not to be trusted, but “throwing the baby out with the bathwater” is not helpful.

And what about the methane releases, why is that being ignored by almost all?

Good question. Every one of us has a responsibility to examine ALL the facts on the ground, to verify those facts, and not to accept well spun headlines as actual data. Those that reside in the “engineered cool down” regions of the US should examine the following article.

Where does climate engineering fit into all of this?

Global geoengineering programs are literally “fueling the fire” overall. Though the massive weather modification programs can temporarily cool huge regions, they are making an already bad situation exponentially worse. The use of climate modification as a weapon and a means of power and control has decimated the Earth’s life support systems. The ongoing climate engineering has already pushed the planet to the point of no return, if these programs continue, it will soon enough be game over for life on Earth.

All are needed to join the fight against climate engineering, time is not on our side.
—DW

Recent developments up North are cause for concern. The Arctic “sea ice area” registered a record low on March 9, 2014 at 12.88 million square kilometers. (Source: Has the Descent Begun? Sam Carana, Arctic News, March 12, 2014.)

Forebodingly, the abrupt ice loss may set the stage for new record lows of sea ice area, extent, and volume for the upcoming summer of 2014 (Arctic News.)

According to interpretation by Climate Change Institute (University of Maine), on March 10th, 2014, this “record low sea ice cover occurs at a time that typically features sea ice maximum.”

At the same time, the implicit danger of Arctic sea ice loss triggering subsequent methane release has been compounded by the recent occurrence (March 6th, 2014) of an earthquake, magnitude 4.5, at Gakkel Ridge, which fault line crosses over the Arctic, resulting in a massive spike up of methane in the atmosphere to 2,395 ppb. This reported by Arctic News on March 6th: “The situation is dire, given that methane concentrations have risen strongly following an earthquake that hit the Gakkel Ridge.”

By its very nature, the wrath of Mother Nature is on full display (payback for fouling the air), as an earthquake shakes lose deadly methane, spiking to new highs, at the same moment in time when the Arctic ice cap shrinks to all-time seasonal lows, which, in turn, creates nail-biting nervousness about the upcoming, or following, summer ice seasons. Will all hell break lose, triggering massive methane release? Nobody really knows! But, the thought, the consideration must be existent.

And, regarding the infamous “2013 ice rebound” chatter in the USA, according to PIOMAS (Applied Physics Laboratory, University of Washington): “It seems that last year’s rebound has been fully negated after a couple of relatively warm months (the flipside of the cold outbreaks in the US) and 2014 will start out at approximately the same level as previous years,” PIOMAS March 2014, Pan-Arctic Ice Ocean Modeling and Assimilation System at the Polar Science Center, March 2014.

“No matter how you slice it- by date, by year, by average, by anything- we’re still losing ice, 2013 was not a ‘recovery,’ and the Arctic Ice ‘death spiral’ swirls on… Again, I don’t want to jump to any conclusions about what will happen later this year, but this clearly puts lie to the claim that the Arctic is recovering. And I think we’ll have a lot more bad news like this ahead,” Phil Plait (astronomer) The Unfrozen North, Slate, March 12, 2014.

Excessive release of methane into the atmosphere is a threatening and a complex issue that impacts the entire planet, all-in negative. The risk is that a melting Arctic prompts massive release of methane. However, the scientific community is split on the outlook. Most scientists do not believe it an issue for the near future but do recognize the danger. On the other hand, there are some very prominent scientists who believe otherwise, that the Arctic region is a powder keg ready to explode at any time, any year.

For one, the Arctic Methane Emergency Group (AMEG), who answers their own query: “Why is Arctic Methane An Emergency?” by saying, “The reason, in one word, is: “Runaway.”

According to AMEG: “Arctic methane emissions are increasing as the Arctic warms several times faster than the rest of our planet. There are three huge reservoirs of Arctic methane till recently safely controlled by the Arctic freezing cold environment. They are now all releasing additional methane to the atmosphere as the Arctic rapidly warms (carbon feedback). The more the temperature increases and the longer the Arctic warms the more methane these sources will emit. That much is certain.”

Furthermore, AMEG claims: “If methane release from Arctic sea floor hydrates happens on a large scale… then this situation can start an uncontrollable sequence of events that would make world agriculture and civilization unsustainable. It is a responsible alarm, not alarmist, to say that it is a real threat to the survival of humanity and most life on Earth.”

Down Under, Carlos Duarte, PhD, Director, Oceans Institute, University of Western Australia, who was awarded the Prix d’Excellence by the International Council for the Exploration of the Sea, claims that the “future of human kind face dire consequences due to arguably the first signs of dangerous climate change in the Arctic…” Arctic Scientist Warns of Dangerous Climate Change, University News, The University of Western Australia, Jan. 30, 2012.

Over the past several months, the mainstream (and other heterodox) news services have been filled with joy and celebration all across the land over the ostensible bounce back in Arctic sea ice, thus, knocking the props out from under the climate change (warming) advocates, who consistently scare the daylights out of the public with doomsday forecasts of Arctic sea ice loss prompting uncontrollable methane release, leading to a series of problems like food shortages, violent weather systems (already present), and runaway global warming, all because of the reckless use of fossil fuels.

Regrettably, as for the health of the planet, the same USA news sources that aggressively reported the death of global warming were, themselves, dead wrong.

As usual, climate change is not capricious outside of its trend. It shows its true colors over time, and the unfortunate fact of the matter is a trend is a trend until broken. The trend for Arctic ice is decidedly down, melting away by the decade, losing its substance in the face of a leviathan of methane.

Those journalists who pounded the table the hardest about the demise of global warming should spend more time thoroughly analyzing the repercussions of an ice-free Arctic, as well as finding a solution to getting off fossil fuels.