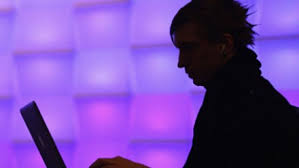 We’ve all seen them. They lurk in various blog sites and social media sites. It’s the freaky comment thrown in right in the middle of an online conversation to expose geoengineering and chemical spraying. Often on a site, various bloggers, activists, researchers, or journalists may post current images of the aerosolized chemicals being sprayed throughout the world. Sometimes it’s a link someone posts for taking action against geoengineering. While everyone is seemingly brainstorming about what we can do about this, suddenly the odd comment pops in. It’s a sudden post from another human being actually defending government, supporting the system’s denials and secrecy. These individuals claim that no one is being sprayed and that the images are all “contrails”. They claim dodgy knowledge of the atmosphere and nonchalantly gloss over important details of our atmospheric behavior with regard to temperature and humidity.

While attempting to keep their audience in a vague enough fog regarding the scientific principles of temperature, humidity and condensation, they sneak off a plethora of lies on their audience that often goes unaddressed. For example: While the online contrails creeps are selling their ‘contrails’ myth, hoping to create confusion using back-and-forth scientific false claims on an audience they hope knows nothing about science, they simultaneously are selling that when the Wright Brothers invented the first plane they had just created an flying machine that when used under ordinary conditions would wipe out the entire planet’s equilibrium, change its entire climate, block a substantial amount of its own needed sunlight, and alter the weather at every point in the planet where planes were to be used.

This new weather, climate and planet equilibrium altering flying machine, was one that we humans naively called a plane, thinking its primary purpose would be to carry humans and things from one place to another. We naively didn’t realize (according to online contrails creeps), the global and universal power of the plane. No one had even investigated this planet-equilibrium altering ‘side effect’ planes had until an astute U.S. government decided to take a look into this around 1999-2000. Thank god (the contrails creeps assure us without actually saying it) for the U.S. government funded study that finally proved that indeed a normal plane can actually do all these things. Alas, (according to these contrails creeps) a responsible government proved how these chemical “contrails” are created. They assured us in their studies (whose actual experiments are secret from the public), that one plane may create a short contrail, while at the same time another plane may create none at all; and even that at the same time yet another plane may cause a 5, 10 or 20 mile long “contrail” that might wipe out all blue skies for the rest of the day because it simply won’t go away; a phenomenon they would later coin “persistent contrails”. It turned out this “persistent condensation” phenomenon could happen randomly and even equally as much in New York City and Los Angeles at the same exact moment regardless of the fact that in New York that day it may be say 25 degrees Fahrenheit while the same day it may be 80 or 85 degrees in Los Angeles. The contrails creeps would assure us without saying it, that the plane is the most powerful weather altering tool known to all of humanity. This myth is alive in well deep in the mind of the ‘creepy’ contrails creep.

This is the myth they must sell, as crazy as it sounds. Meanwhile at headquarters the phone rings and it’s someone wondering how things are going. Okay, I’m just imagining this, but am I really off here? Is the phone ringing at a headquarters? … Or is a phone call being made from a headquarters to get an update report on how the agenda is going? This is the question I’m posing. Is this notion I’m coining the ‘contrails creeps’ phenomenon an organized movement? Let’s take a closer look.

Those pushing the contrails myth often claim to be scientist or experts at this topic but never identify who they actually work for and/or where are the actual reproducible scientific experiments that can prove these claims. One could never get them to confront their own wild airplane conspiracies outlined above. Someone should recreate a confrontation between the Wright Brothers and a contrails myth creeps who accuse the Wright Brothers of creating a machine that would destroy the planet. To this day I’m not aware of anyone pursuing legal action against the Wright family line. Contrails creeps are completely unaffected by the images we all see of the incredible spraying and how the chemicals combine with HAARP to create the frightening atmospheric distortions we see every day now. Contrails myth pushers ignore the patents that have been taken out for weather modification. They ignore that metals included in these patents match exactly the metals detected in lab results from sample tests found throughout various regions in the U.S. They ignore whistleblowers, and they ignore their own government’s admissions on desires for weather control.

So, would someone who is otherwise carrying on with their private life have the time and energy to sell the contrails myth? No one knows for sure, but I would argue this is less likely. That is, it is more likely that someone would put energy into the airplanes conspiracy/contrails myth, if being paid or if under mind-control. Okay yes, I admit it, in all movements and purposes there exists the residual so called ‘useful idiots’ phenomenon and that would be the last option to consider and this is indeed possible.

I choose to go with the percentages here. I assert that it is more likely that this organized effort is not a coincident and is moved forward by individuals who need this effort to move forward. This suggestion is consistent with Occam’s razor which reminds us that the simplest explanation is usually the right one. I assert that it is a much simpler explanation to say that those who have stated in the past that they had planned on controlling the weather by 2025 if not much sooner, and those same individuals who have funded and secured the patents to accomplish this would not let it all go to waste. This simple consideration far out-simplifies the counter argument that the Wright Brothers were ignorant of the planet altering side effect of their invention. The simplicity of knowing that focused governments with actual outlined weather control plans, funding, and Air Force ‘Chemtrails’ Chemistry manuals do as they plan and put their money where their mouths are, is much more simple and easy to understand than wild theories about planes that undesirably destroy the atmosphere but no one cares.

I enjoy living in reality and seeing the simple patterns that occur when I quietly observe. And when I see a contrails creep crawling around online I quietly admire their predictable tactics and logic. Unfortunately, time is something none of us have, and with every day that we are being sprayed by these environmental terrorists who operate in secret, the closer we are to irreversible damage if we are not already there. Either way, I urge everyone to recognize these individuals I call contrails creeps.

Let us take note of these individuals as more and more people suffer from Alzheimer disease, neurological disorders, metal poisoning, respiratory diseases, infectious diseases, sunlight and vitamin D deficiency and whatever others diseases and pathology are possibly connected to the spraying and geoengineering. They are equally aware that the bees are dying and the entire equilibrium of the planet is being possibly permanently contaminated, and they certainly don’t care about you. Contrails creeps, as far as I’m concerned, take their place in history right next to Bush, Cheney, Rumsfeld, Obama, McCain, Feinstein and the other known criminals who hate humanity and freedom.

28 Responses to Are Online “Contrails” Creeps An Organized Movement?