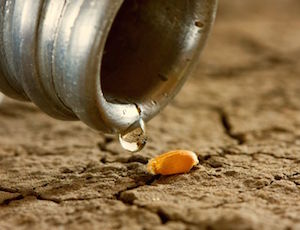 Mainstream media and the climate science community are blaming all of the rapidly increasing climate catastrophes around the globe on nature and Co2 with never so much as a single word mentioned about the climate engineering herd of elephants in the room. We live in truly astounding times, willful blindness and total denial of blatant obvious realities are the norm, not the exception. Those who  pretend not to see the obvious realities are considered "normal", those who dare to tell the truth are considered to be fringe and out of balance. The unprecedented drought in California can conclusively be linked to the ongoing climate engineering/weather warfare being waged against the golden state. Saturating the atmosphere with particles creates too many condensation nuclei, this scatters and disperses moisture which reduces precipitation overall. Satellite images prove beyond any doubt that such atmospheric spraying is occurring constantly upstream from California in the storm track. Media and the climate science community is completely denying and ignoring this fact, this denial should be considered criminal by a population that is literally under assault. The constant spraying is also contaminating virtually every breath we take and the affects are cumulative. The article below correctly states the incredibly dire scenario now faced by Californians, the state is turning into a dust bowl. Again, what the article does not mention is the primary causal factor in this drought catastrophe, climate engineering.
Dane Wigington
geoengineeringwatch.org

Rain and snow have graced the West recently, causing many residents to breathe a sigh of relief about possible easing of the severe drought conditions that have worsened there over the past three-plus years. Complacency about drought and climate change is not warranted, say Dr. Noah Diffenbaugh and his research team from Stanford.​

In “Anthropogenic warming has increased drought risk in California,” an article just published online today by the Proceedings of the National Academy of Sciences, Diffenbaugh and colleagues reveal proof of a somewhat counterintuitive hypothesis: higher temperatures, not necessarily precipitation shortages, drive the phenomenon of drought.

Diffenbaugh heads the Climate and Earth System Dynamics research group in the School of Earth, Energy & Environmental Sciences at Stanford, where he’s an associate professor and a senior fellow in the Stanford Woods Institute for the Environment. He was behind last September’s conclusions that climate change is occurring 10 times faster now than at any time in the past 65 million years. He has also said that at its current pace, climate change will involve a 5- to 6-degree Celsius rise by 2100.

About the current study of drought and climate change, Diffenbaugh notes:

“Of course low precipitation is a prerequisite for drought, but less rain and snowfall alone don’t ensure a drought will happen. It really matters if the lack of precipitation happens during a warm or cool year. We’ve seen the effects of record heat on snow and soil moisture this year in California, and we know from this new research that climate change is increasing the probability of those warm and dry conditions occurring together.”

The concept of long-term megadrought has startled many over the past couple of weeks. Benjamin Cook of NASA’s Goddard Institute and Ocean and Climate Physics at Columbia’s Lamont-Doherty Earth Observatory, with colleagues Jason Smerdon, also of Columbia, and Toby Ault from Earth and Atmospheric Sciences at Cornell, introduced the term while examining historical episodes of drought in the Central Plains and Southwest.

Through soil moisture indicators and 17 different climate models, Cook’s team concluded that the risk of severe and protracted droughts in these regions is rising to unprecedented levels. Readings like these have not been seen since the Medieval Climate Anomaly 1,000 years ago, when a 50-year drought and successive water shortages forced the ancient Pueblo people to abandon their sprawling metropolis and once-thriving trade center at Chaco Canyon.

Peter Gleick, hydroclimatologist co-founder and head of the Pacific Institute in Oakland, California, told Slate magazine in a recent story about the Cook et al. work, “We cannot hope that losses in the Southwest will be made up in the Midwest, according to this study.” Pointing to demographic trends toward population increases, Gleick casually concluded, “There are degrees of screwed, and this paper suggests we’re falling off the cliff.”

The research PNAS released today offers other important points about the megadrought phenomenon and strengthens its climate change links. Like the other research group, Diffenbaugh addresses the growing risk of drought expansion in the US West, but this time from the focus of 120 years of recently released California monthly precipitation, temperature, and drought and climate change statistics.

His team’s analysis reveals that warm and dry years, characterized by increased snowmelt, higher water loss from plants and soils, and diminished water availability, have been about twice as likely recently to produce severe drought as years that were also dry, but cooler. The current California drought is one of the longest stretches in the 120-year historical record during which conditions have been both severely dry and severely warm. Says Dr. Diffenbaugh:

“Our findings… provide very strong evidence that global warming is already making it much more likely that California experiences conditions that are similar to what we have experienced during the current severe drought.”

“Diffenbaugh et al. now add weight to the accumulating evidence that anthropogenic climatic changes are already influencing the frequency, magnitude, and duration of drought in California.”

Gleick, who developed the first analysis of climate change impacts on water resources, drew up a telling plot at the new year of California temperature and precipitation anomalies over the full instrument record from 1895 through November 2014. His figure, which will be updated for the PNAS review, shows that the three-year period ending in 2014 was by far California’s hottest and driest on record. Note the extreme position of that data point.

The new set of measurements from Diffenbaugh and colleagues should allow scientists to quantify better how much drought Californians have undergone, how much they can anticipate for the future, and how it will affect agricultural production, under different climate change scenarios. These findings should help California farmers, water managers, and state officials make more realistic plans for using the resource and better regulate the recently substantial drawdowns of groundwater.

On a final and slightly more positive note, drought and climate change scenarios vary. We don’t necessarily have to limit ourselves to the worst case. Moving along quickly with deep decarbonization, mitigation, and adaptation may leave more than a drop in California’s dwindling reservoirs and now-threatened aquifers.

One Response to Blaming Nature And Co2 For Engineered Drought