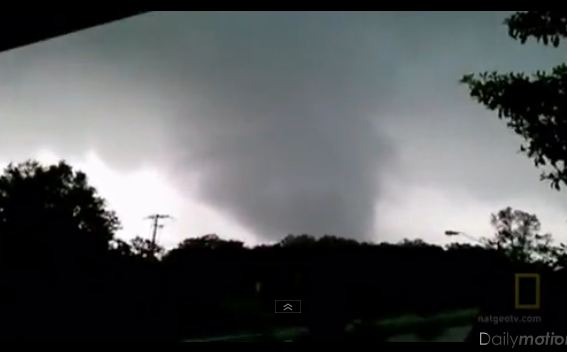 ­­­­Unusual Atmospheric events were noted by many who logged their observations in sufficient detail to be of value. DUTCHSINCE was able to assess features and make forecasts from Intellicast and other weather products before he lost electric  power in Missouri.  In Florida, I was able to look at the  mid-day MODIS satellite image from 4/27/2011. Both videos were made independently and without collaboration.

Taken together, the videos demonstrate very unusual scalar – MAN-MADE – weather events and represent a high probability of weather manipulation that had the result of increasing the severity, property damage and deadly aftermath of storms destined to be of lesser intensity if weather manipulation had not been involved.

DOCUMENTARY:  April 2011 was the most violent month of tornados on record, and the deadliest in modern times.

The ‘super outbreak’ of April 26-27 alone involved more than a hundred separate twisters, killing over 300 people and cutting a swath of destruction across the south.

Using dozens of amateur and professional sources, a witness tells the story of this once-in-a-century event, as captured by those who lived through it.