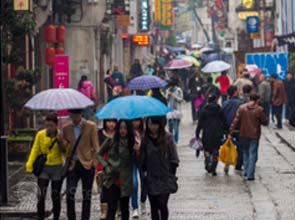 For those who still remain unconvinced that geoengineering/weather modification is a reality.

China plans to intervene with the weather to solve problems like pollution, as well as help agricultural and hydropower operations.

China intends to control the weather to aid the country with problems like pollution and for better agricultural and hydropower operations.

Under a new national plan, which will run from 2013 to 2020, China plans to intervene with the weather by dividing the country into regions and setting up an interprovincial mechanism for weather control, said senior researcher of the Weather Modification Center under the China Meteorological Administration Yao Zhanyu, according to China Daily.

China intends to intervene with the weather by increasing either the rain or the snow in the hopes of preventing damaging weather like hail, fog, and rainstorms. This weather intervention will be done through cloud seeding.

To test out the national plan, the northwestern region which spans Liaoning, Jilin, and Heilongjiang provinces were selected as the pilot area to test the coordination system. Around 1.1 billion yuan, or $177 million, will be invested to build a regional weather intervention system, which will include 12 weather intervention airplanes and ground-based facilities. – EcoSeed Staff

2 Responses to China to Control Weather to Address Different Issues