Climate Engineering Atmospheric Aerosols Are Blocking The Sky From Astronomers 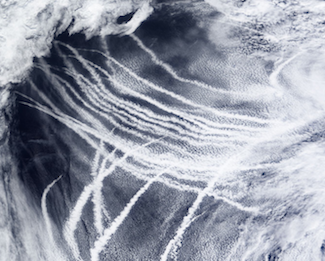 The list of catastrophic consequences being inflicted on our planet by the ongoing global climate engineering assault is unimaginably long and growing by the day. "Solar radiation management" programs have long since been fully deployed. These completely unregulated climate engineering operations are for the specific purpose of blocking out the sun by using jet aircraft to spray highly toxic reflective heavy metals and chemicals into the atmosphere, what could go wrong? In addition to wreaking havoc with global weather patterns, destroying the ozone layer, and contaminating the entire biosphere, climate engineering atmospheric particulates are, of course, blotting out the skies and thus greatly hampering the ability of astronomers to view the cosmos. A recent article from Gizmodo points out that geoengineering "could be" a disaster for Astronomy. Though the Gizmodo article unfortunately does not admit to the ongoing climate engineering reality (and thus that climate engineering is already a disaster for astronomy), the ongoing geoengineering/weather warfare assault is rationally undeniable.

From the Gizmodo article:

Geoengineering is one of those things that sounds like maybe a good idea on paper but could also go horribly, apocalyptically wrong. But if the prospect of plunging Earth’s weather systems into chaos isn’t enough to convince scientists we need to tread very cautiously with the ultimate global warming tech-fix, perhaps this will: geoengineering could be a disaster for science. 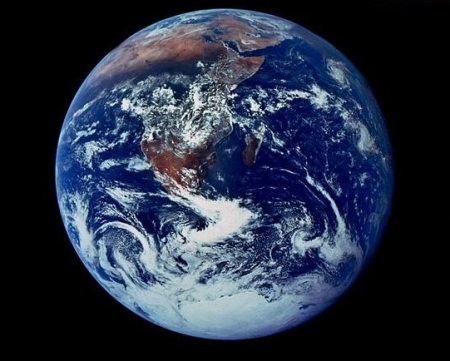 This photo of Earth was taken from Apollo 17 in 1972. Other than the Antarctic region at the bottom of this photo, there were many open blue sky zones.

That’s according to new models by Charlie Zender, an atmospheric physicist at the University of California, Irvine who presented the provacatively-titled research poster “Death of Darkness: Artificial Sky Brightness in the Anthropocene” at the the American Geophysical Union conference this month. In a nutshell, Zender found that injecting light-scattering particles into the stratosphere—one of the most widely-discussed strategies for rapidly cooling the planet—would have the unintended side-effect of disrupting incoming light from distant stars and planets. 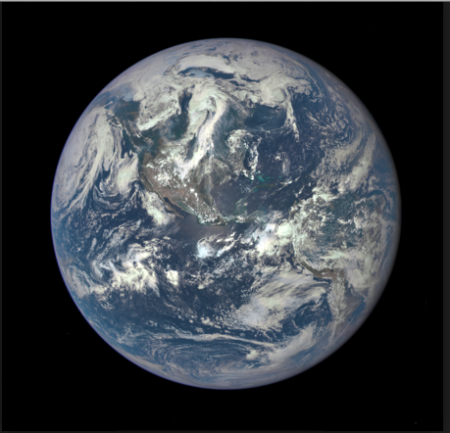 This NASA satellite photo of Earth was taken on July 6th, 2015.  There are very few "clear" regions to be seen in this recent photo of our planet.  Even the zones that appear at first glance to be cloudless, are hazy.​

As you might imagine, this would be very bad news for the scientists who study said stars and planets. “If we geoengineered globally, this would affect all telescopes around the world,” Zender told Gizmodo.

SAI (stratospheric aerosol injection) has come under heavy fire for an obvious reason: conducting a worldwide experiment on our one and only shared global atmosphere is inherently dangerous.

Zender found that the night sky over urban areas would become roughly 25 percent brighter. That’s because our stratospheric shield would backscatter light from ground sources… 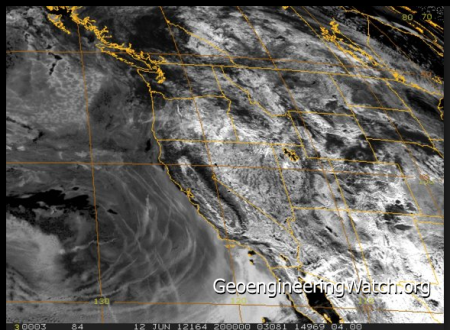 Of course, most astronomy doesn’t take place anywhere near cities. The best observatories in the world are located on remote mountaintops, high above air pollution and far away from light pollution. Here, Zender’s models show a somewhat different, but equally bad effect: SAI would actually make the skydarker. 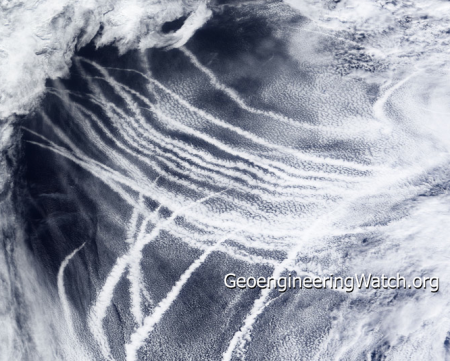 “Our telescopes are in positions where most of the [night] light comes from the stars,” Zender explained. “There, what the aerosols do is they backscatter light from outer space. That means you’re not getting as much starlight, and the starlight you do get is less pristine. The stars would look fuzzier.”

Though the threat posed by climate engineering/weather warfare is inconceivably greater than just the loss of clear skies for astronomers, all catastrophic aspects of the covert global climate engineering programs must be considered. We must all do our part in the battle to expose and halt the geoengineering assault, make your voice heard in the critical effort to sound the alarm.
DW