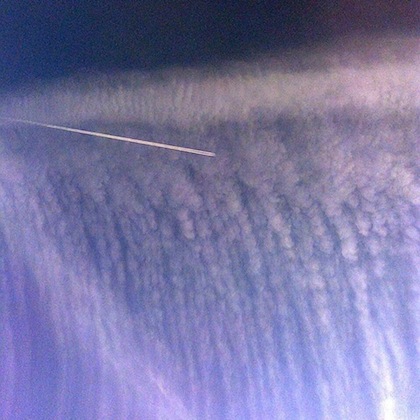 In this 11 minute video, a private weather modification company, Aquiess Global Rain Project, clearly admits (on network news) to many of the existing weather/climate modification technologies. Though a mountain of data from countless sources also makes clear climate modification has long since been a reality, all county, state, and federal agencies in the US try desperately to pretend geoengineering is only a “proposal” The mainstream corporate media spin machine also does its best to marginalize the subject of climate engineering. Generally corporate media stories try to use the term “chemtrails” and to avoid terms like “geoengineering” or “solar radiation management”. The goal is to distract the public from hard science that could help wake them up to the all too visible nightmare occurring in our skies day in and day out. Consider this, in this video we hear absolute confirmation of weather modification technologies being utilized by a private company. I ask, what sane person would realistically think the military is not doing this on an exponentially larger scale? We are to accept that private companies for hire can fix all our weather problems for enough money, but then we are told by the same mainstream media that if we say the military has already fully deployed climate modification programs, we are considered “conspiracy theorists”. Those in the media, that are helping to hide the climate engineering insanity, should he considered accomplices to the crimes. Those participating in the environmentally decimating highly toxic atmospheric spraying should also be held legally and morally accountable. Once critical mass of awareness is reached on the dire climate engineering issue, I believe the public will do exactly that. This is why there is an ever increasing effort to continue hiding the aerosol spraying crimes. All need to join the fight to expose and halt climate engineering. We must combine our efforts to expose and hold accountable everyone responsible for the all out geoengineering assault, its up to us.
Dane Wigington
geoengineeringwatch.com