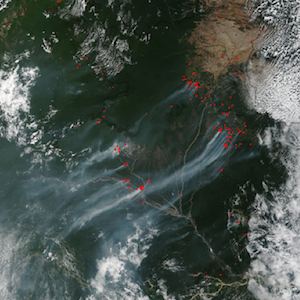 The unraveling of Earth's life support systems continues to accelerate all over the globe. Devastating droughts, highly destructive deluges, record forest fires, and completely engineered snowstorms, all are taking a horrific toll on the planet. Though academia and mainstream media still refuse to acknowledge the geoengineering atrocities, the damage related to these programs is mounting at blinding speed and will be all but impossible to hide for much longer.

El Niño is bringing rural Colombia to it's knees, a new report is showing the devastation El-Nino is having on the South American country Colombia.
As Columbia bears the brunt of El Niño, thousands of dead animals and other shocking figures caused by the weather phenomenon of El Niño are devastating the South American country.
The data has come from government entities and federations who discussed environmental and economic damage of the crippling drought in Colombia.
The high temperatures and drought that the country faces as a result of El Niño has claimed the lives of at least 100,000 cattle and goats with some experts claiming the figure could be as high as 500,000. 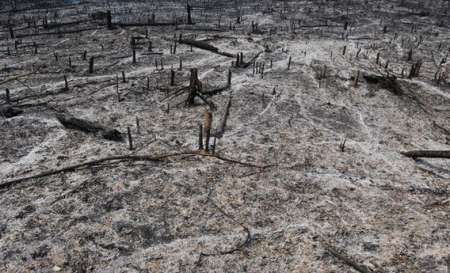 Andres Felipe Garcia, chief advocate for agricultural affairs said that in addition to these deaths the El Niño phenomenon has also claimed around half a million hectares of crops along with the displacement of hundreds of people to Bolivia.
Forest fires have affected a further 128,000 hectares.
And the recovery of these areas could take up to 30 years to repair.
The 128,000 hectares have affected about 23 forest.
Rivers are drying, therefore, in addition it has been reported food shortages in districts of the Caribbean coast which can only receive supplies by boat, according to Semana.
Magdalena has 10 critical points and has reached such low levels you can not even measure how much water runs out there.
The same can be said of the Cauca River and the Sambingo has all but disappeared.
In addition to rivers, lakes also have low levels, the Calima has lost 82% of it's water.
It is thought around 20,000 children are at risk of malnutrition.
To date, there are 316 municipalities at risk of shortage of drinking water.
Today 96 have partial shortages and 90 are with rationing. 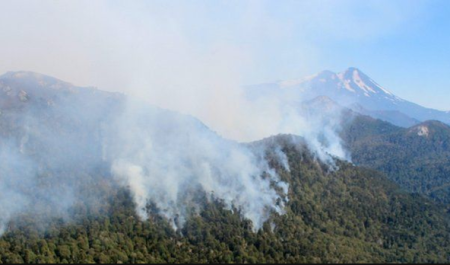 As climate engineering continues to contribute to drought creation around the globe, the forests that remain will continue to burn at unprecedented rates.

Though El Niño is a natural phenomenon with very real impacts, the protracted droughts that are occurring all over the world are more directly a consequence of the atmospheric aerosol saturation which is creating a "global dimming" effect. Though the constant geoengineered bouts of "winter weather whiplash" continues to confuse much of the population, the planet is likely already in a "runaway warming scenario" which is creating an "abrupt climate shift". The still continuing string of record breaking months of global heat just got broken again as February 2016 completely shattered all former monthly "above normal" temperature records globally.  Arctic ice is plunging into record low territory, sea levels are rising far faster than any former worst case predictions, heat waves are raging around the globe. Global climate engineering is making this entire scenario exponentially worse. In addition, our entire planet is being contaminated from climate engineering. How much longer can we remain on this course before there is nothing left to salvage? We must all stand together in the critical effort to sound the alarm.

Tornado season comes early to the US as 6 deaths many more injured, 65,000 without power and millions of dollars damage hits the country

Killer cyclone Winston leaves more than a 100 dead: Most powerful tempest ever documented in the Southern Hemisphere, winds reached 184 miles per hour.

The most powerful storm to hit Fiji made landfall on the Pacific nation's main island, Viti Levu. And was greeted with a magnitude Mag 5.8 earthquake

Cyclone Winston to reach Category 5 hurricane force and does a U turn back to Tongan islands with wind gusts expected to reach 250km/h damaging ocean swells and flash flooding.

Death Valley poised for wildflower 'super bloom' thanks to El-Nino

115 Responses to Climate Engineering Mayhem Continues To Take Its Toll