Climate Engineering: Programming Public Acceptance While The Planet Is Decimated 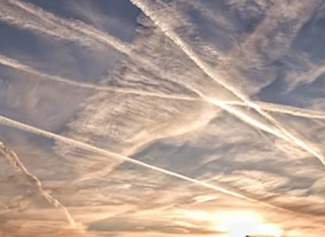 How many individuals in our society have completely abandoned any sense of honor or morality? How many have sold out to the cancer that currently controls the country and will now do or say anything so long as their immoral behavior provides a paycheck and a pension? This is the world we live in, this is the world that we have allowed to metastasize. The ongoing climate engineering all out assault against the planet is tearing Earth's life support systems apart while at the same time continuing to completely contaminate the entire biosphere and every breath we take. In spite of the clear and present dangers posed by the climate engineering insanity, there are those in academia who are all too willing to provide their skills to the power structure for the purpose of designing studies for the specific purpose of selling geoengineering to an unsuspecting population. The authors of such studies should be contacted and challenged to justify their criminal behavior. We must all work together toward the task of exposing and halting global geoengineering. We must also do everything we can to hold accountable those who are trying to hide the climate engineering crimes. The 3 minute video below highlights the tyranny of so many in academia. Our sincere gratitude to Co Creation Productions, Inc, for producing this video.
Dane Wigington
geoengineeringwatch.org

67 Responses to Climate Engineering: Programming Public Acceptance While The Planet Is Decimated