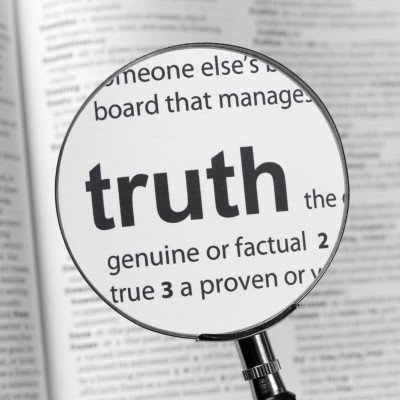 For example, the official explanation of 9/11 is a conspiracy theory. Some Muslims, mainly Saudi Arabians, delivered the greatest humiliation to a superpower since David slew Goliath. They outsmarted all 17 US intelligence agencies and those of NATO and Israel, the National Security Council, the Transportation Safety Administration, Air Traffic Control, and Dick Cheney, hijacked four US airliners on one morning, brought down three World Trade Center skyscrapers, destroyed that part of the Pentagon where research was underway into the missing $2.3 trillion, and caused the morons in Washington to blame Afghanistan instead of Saudi Arabia.

Clearly, the Saudia Arabians who humiliated America were involved in a conspiracy to do so.

Is it a believable conspiracy?

The ability of a few young Muslim men to pull off such a feat is unbelievable. Such total failure of the US National Security State means that America was blindly vulnerable throughout the decades of Cold War with the Soviet Union. If such total failure of the National Security State had really occurred, the White House and Congress would have been screaming for an investigation. People would have been held accountable for the long chain of security failures that allowed the plot to succeed. Instead, no one was even reprimanded, and the White House resisted all efforts for an investigation for a year. Finally, to shut up the 9/11 families, a 9/11 Commission was convened. The commission duly wrote down the government’s story and that was the “investigation.”

It is the known evidence provided by scientists, architects, engineers, pilots, and the first responders who were in the twin towers and personally experienced the numerous explosions that brough down the towers that is described as a conspiracy theory.

The CIA introduced the term “conspiracy theory” into public discourse as part of its action plan to discredit skeptics of the Warren Commission report on the assassination of President John F. Kennedy. Any explanation other than the one handed down, which is contradicted by all known evidence, was debunked as a conspiracy theory.

Conspiracy theories are the backbone of US foreign policy. For example, the George W. Bush regime was active in a conspiracy against Iraq and Saddam Hussein. The Bush regime created fake evidence of Iraqi “weapons of mass destruction,” sold the false story to a gullible world and used it to destroy Iraq and murder its leader. Similarly, Gaddafi was a victim of an Obama/Hillary conspiracy to destroy Libya and murder Gaddafi. Assad of Syria and Iran were slated for the same treatment until the Russians intervened.

Currently, Washington is engaged in conspiracies against Russia, China, and Venezuela. Proclaiming a non-existant “Iranian threat,” Washington put US missiles on Russia’s border and used the “North Korean threat” to put missiles on China’s border. The democratically elected leader of Venezuela is said by Washington to be a dictator, and sanctions have been put on Venezuela to help the small Spanish elite through whom Washington has traditionally ruled South American countries pull off a coup and reestablish US control over Venezuela.

Everyone is a threat: Venezuela, Yemen, Syria, Iran, Iraq, Aghanistan, tribes in Pakistan, Libya, Russia, China, North Korea, but never Washington. The greatest conspiracy theory of our time is that Americans are surrounded by foreign threats. We are not even safe from Venezuela.

Yet, as I write and for some nine months to date, the presstitute media has itself been promoting the conspiracy theory that Donald Trump was involved in a conspiracy with the president of Russia and Russian intelligence services to hack the US presidential election and place Trump, a Russian agent, in the White House.

This conspiracy theory has no evidence whatsoever. It doesn’t need evidence, because it serves the interests of the military/security complex, the Democratic Party, the neoconservatives, and permits the presstitutes to show lavish devotion to their masters. By endless repetition a lie becomes truth.

There is a conspiracy, and it is against the American people. Their jobs have been offshored in order to enrich the already rich. They have been forced into debt in a futile effort to maintain their living standards. Their effort to stem their decline by electing a president who spoke for them is being subverted before their eyes by an utterly corrupt media and ruling class.

Sooner or later it will dawn on them that there is nothing they can do but violently revolt. Most likely, by the time they reach this conclusion it will be too late. Americans are very slow to escape from the false reality in which they live. Americans are a thoroughly brainwashed people who hold tightly to their false life within The Matrix.

For the gullible and naive who have been brainwashed into believing that any explanation that differs from the officially-blessed one is a conspiracy theory, there are available online long lists of government conspiracies that succeeded in deceiving the people in order that the governments could achieve agendas that the people would have rejected.

If liberty continues to exist on earth, it will not be in the Western world. It will be in Russia and China, countries that emerged out of the opposite and know the value of liberty, and it will be in those South American countries, such as Venezuela, Ecuador, and Bolivia that fight for their sovereignty against American oppression.

Indeed, as historians unconcerned with their careers are beginning to write, the primary lesson in history is that governments deceive their peoples.

Everywhere in the Western world, government is a conspiracy against the people.

NOTE: Americans cannot easily escape the 9/11 lie, because they have been trained by the presstitutes to hate and distrust Muslims. The result is: “The Muslims must have done it.”

5 Responses to Conspiracy Theories Designed To Hide The Real Conspiracy