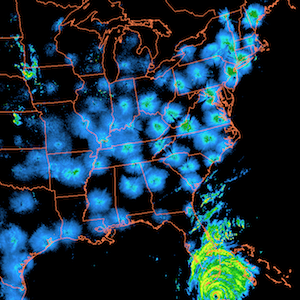 Was the recent rash of destructive cyclones just an act of nature? Or is there more to the story? Climate engineering (including the manipulation of hurricanes), is not just theory, speculation, or conjecture, it is verifiable fact and has been since project “Cirrus” was deployed by the US military in 1947. Anyone who takes the time to legitimately investigate the climate engineering / geoengineering issue, without preconception or programmed bias, can only come to the conclusion that climate engineering is real and ongoing. Why are global powers intervening with Earth’s natural systems, and thus completely derailing them? Though the answers are complex, ultimately the global climate engineering Manhattan program comes down to power and control on many fronts and with many layers. One of the primary objectives is this, geoengineering / solar radiation management is being utilized to mask the true severity of biosphere and climate damage already done, while inflicting exponentially more damage in the process. Hurricanes Harvey and Irma have already made their mark, is Hurricane Jose next? The 8 minute video below provides some answers.

We must all bear the burden of exposing and halting the global climate engineering assault. This monumental effort cannot be waged by only a few on behalf of the many. We must each arm ourselves with credible data, and help with the critical effort to sound the alarm.
DW