Could Northern California’s “Wildfires” Be Directly Related To Geoengineering? 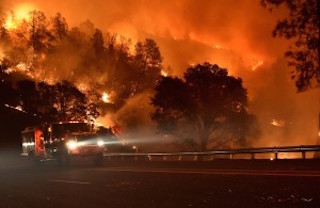 Fire personnel are saying the fires destroying tens of thousands of acres in the northern part of the state are like nothing they’ve seen before. They comment in amazement and concern on the ignition metrics, fuel consumption and intense heat being generated by these fires. Could there be a connection between the intentionally sprayed aerosol particulate trails (which contain aluminum and barium) and the intense heat being generated by these fires? 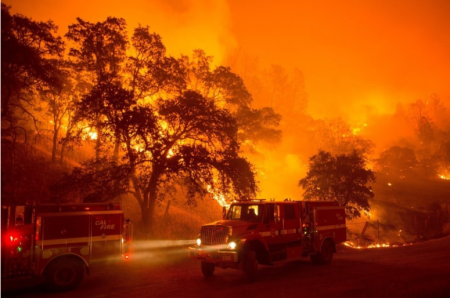 A fire truck moves position as flames from the Rocky fire approach near Clearlake, California

Aluminum is a powerful conductor of electricity and heat. Because it's lighter than copper, it is often used in aircraft to cut down on weight. Electrical contractors use aluminum wire as a substitute for copper because of its lower cost per foot. Remember, nano-sized particles contained in the aerosols are an infinitesimally fine dust. They are a metal, and they do coat the leaves, the duff below the tree canopy and fuel sources on the ground. When this dust ignites, which it does because it is not in its dense form, an un-natural, tremendous quantity of heat is generated. Coupled with the extreme dryness caused by bad actors engineering our drought, and you have the ingredients for catastrophic destructive forces. One would not be going out on a limb by characterizing the unfolding events as a false flag, having been consciously (or unconsciously) engineered ahead of time. If the pseudoscientific thinking behind the geo-engineering were truly scientific, they would have factored ignition effects of aluminum into the equation before deciding to move forward with their plans to drought the state using aluminum, barium and strontium, known desiccants with powerful drying properties. 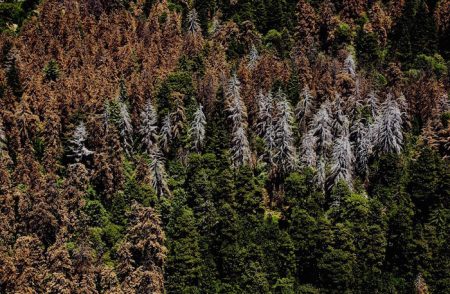 Where is the governor during all this?  He’s signing legislation that will force Californian’s into mandatory vaccinations that science has shown can cause autism and death in children and adults. Parents must now decide whether to compromise their children’s health risks, or bear the expense of private or home schooling. Jerry Brown is also preparing to strip private property rights to water on privately owned lands.
If you think there’s something wrong with this picture, you’re not a conspiracy theorist,  you’re conspiracy analyst. Think for a minute about the possibility of continued aerosol activity leading to fresh produce and grape production cut backs. You can see, regardless of the intentions behind the parties geoengineering pseudoscientific nonsense, the entire program to drought the west has no science to support it; that is unless the science is a military strategy of aggression… in which case it makes perfect sense. 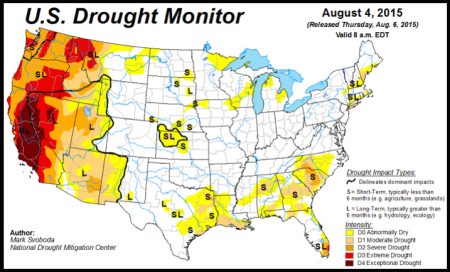 The evidence is mounting against the powerful interests behind this epic violation of nature and its balanced forces. There can be no valid argument for what’s been going on in the skies above our heads for the last decade. The point of critical mass has arrived. Pretending it will go away is more than foolish, it's abetting criminal behavior. The public deserves an explanation and it deserves that explanation now.

17 Responses to Could Northern California’s “Wildfires” Be Directly Related To Geoengineering?