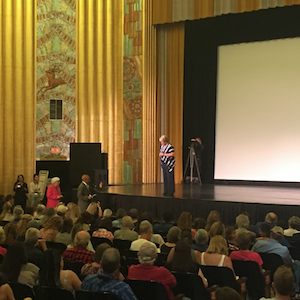 Dr. Sherri Tenpenny has shown incredible courage in her ongoing efforts to educate the public of the true dangers vaccinations pose. Dr. Tenpenny has been constantly on the front line of the fight to fully expose what the medical industrial complex and mainstream media is not disclosing to the increasingly mass vaccinated population. The power structure's push toward forced vaccinations should be of dire concern for us all. In a recent presentation Dr. Tenpenny gave at a major Northern California VAXXED event, she discussed the fact that mandatory vaccinations are not only of grave concern for our children, but also for adults. The general population has, unfortunately, been extremely well conditioned to blindly accept any and all advice from health care "professionals". This unquestioning obedience to a horribly corrupt system has inflicted unquantifiable and irreparable harm to countless human beings. In the following 15 minute interview, Dr. Tenpenny gives very straightforward input and advice on the critical subject of vaccinations and the dire dangers they pose. I wish to express my most sincere gratitude to Sherri for her unyielding courage in the fight for the greater good. We must all make our voices heard in this critical battle.
Dane Wigington
geoengineeringwatch.org