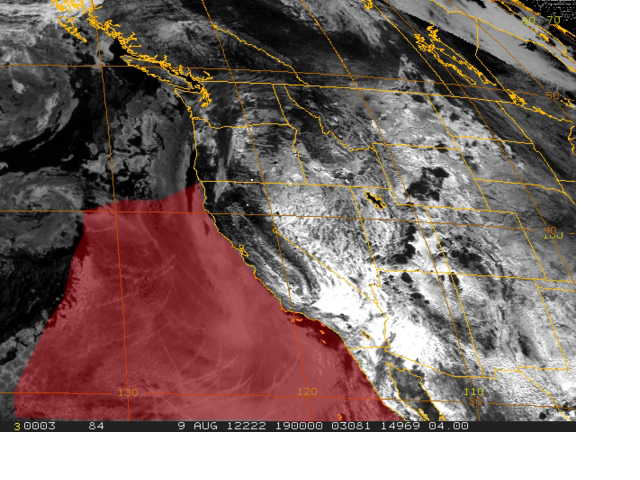 There has been no let up in the daily drought inducing blanket spraying over the North Pacific for the summer of 2012. Similar spraying appears to be occurring other regions of ocean around the globe, also causing protracted droughts. 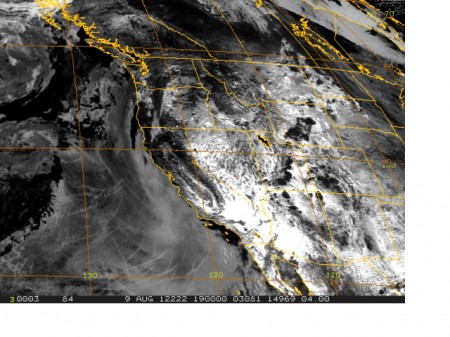 As stated in earlier articles following this aspect of the spraying, many along the US west coast are under the impression the spraying has slowed or perhaps even stopped since this summer we have not had the extremely visible overhead grid patterns and horizon to horizon lines over the Pacific Northwest. As the satellite images clearly show, the spraying not only continues but has likely been ramped up still further. Since the science regarding the drought causing effects of atmospheric aerosols is extremely clear, and not disputed in the scientific community, we can only conclude that those carrying out this horrific experimentation know exactly the havoc they are creating. Numerous and undisputed studies also exist on the ozone destroying properties of atmospheric aerosols. The same is true for the well documented toxic properties of already identified materials used in the aerial spray programs such as aluminum barium, strontium, manganese, among others. Materials that we are all breathing into our lungs as is the case for all life on earth at this point. These materials are also incendiaries which are certainly fueling the record fires in forests around the globe that have already been parched by the spray induced droughts.

Whatever the overall “goal” or more likely “goals” of the relentless global spraying, it should be clear to any that truly investigate this most dire issue that quite literally all is at stake. Virtually all of earths natural systems are being derailed from top to bottom. The current species extinction rate should be extremely alarming to us all. It is conservatively estimated to be over 1000 times “natural variability”. This is 100,000 % of “normal” and that already unbelievable rate is picking up momentum by the day. Biologists state clearly we are in earths 6th mass extinction.

Its now or never to take action in the cause of exposing what should rationally be described as the greatest crime in human history, the global aerosol spraying that is SAG (stratospheric aerosol geoengineering) and SRM (solar radiation management). All of us have tools at our disposal to help this cause. From our own computers we can identify agencies, organizations, groups, and people, that would care about this issue if they had any idea these programs were going on above their heads. Sending out a credible article or two, a site for more information, and a sincere appeal for individuals to investigate, can help tremendously in regard to getting the word out.

The entire political system as well as the main stream media is bought and paid for by those in power so its up to us at a grass roots level. If the entire population was aware of the spraying that would thus include military families and personnel. Those are the most important people to reach with this message. If those engaged in these programs were made aware that they are participating in the destruction of their own futures and that of their children, then we must hope and believe they would refuse to participate in the spraying.

Another tool that is now available is Michael Murphy’s new documentary, “Why In The World Are They Spraying”. As the film maker has generously allowed and indeed encouraged duplication and distribution of his ground breaking new film, all can afford to help get the word out. It should be mentioned that copies are best made from an original commercial copy and the purchasing of at least one DVD from the filmmaker is extremely helpful at keeping funding going for this most important work being done by Mr. Murphy.

The satellite image below illistrates only a small piece of the puzzle. Spray trails are clearly visible off the coast of Southern California and Mexico. . The NOAA “forecast” maps show another part of the picture. The light blue rim of color along the entire North American west coast is indicative of the total canopy of toxic spraying over the North Pacific. It causes a slight cooling effect along the coast lines at the expense of a much worsened overall warming of the planet. As stated earlier, this spraying induces drought as can be seen in the precipitation map which is just below the temperature map. “Below” average rain is shown clearly along the same coastlines that are slated to be below average temperatures. (One should keep in mind that the NOAA maps are closer to “scheduled” weather than “predicted” weather since major geoengineering player Raytheon also does the “forecast mapping” for NOAA. Those “making” the weather, are the same ones that are “predicting” it) As already noted, the spraying does block the sun and temporarily cools, but radically diminishes rain in doing so.

The US Drought Monitor map at the bottom of the page is a very clear illustration of the devastating drought being caused by the constant spray assault. The more they spray, the less overall rain there will be, period.

Official 90-day Outlooks are issued once each month near mid-month at 8:30am Eastern Time. Please consult the schedule of 30 & 90-day outlooks for exact release dates.