Duty To Warn: Incentivizing Pediatricians (And Other “Healthcare” Practitioners As Well) To Follow The Potentially Highly Toxic CDC/AAP Vaccine Schedule 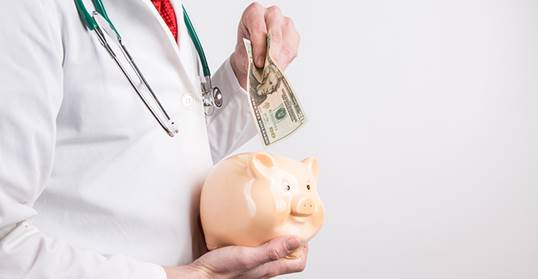 (To access pertinent documentation for many of the statements below, go to:https://worldmercuryproject.org/news/incentivizing-pediatricians-to-be-vaccine-bullies/

“Although pediatricians have a legal duty to fully inform patients about vaccine risks and side effects, the lure of monetary perks and the desire to fit in may lessen their motivation to do so.”

”Rather than recognizing the validity of parents’ safety concerns or admit to their own ambivalence about some of the newer vaccines, many pediatricians—nearly two in five, according to some estimates—choose to boot uncooperative families out of their practices.”

“For vaccination, providers (ie, pediatricians enrolled in Michigan’s Blue Cross Blue Shield Network) receive $400 for each eligible two-year-old who has received all 24-25 vaccines shown below, but only if the provider manages to administer each and every shot to at least 63% of his or her patients.”

Most American families use pediatricians—rather than generalist family doctors—as their frontline children’s health care provider. With the backing of its trade organization, the American Academy of Pediatrics (AAP), the field of pediatrics has been booming for some years, ensuring current and future demand for the many doctors-in-training who are choosing pediatrics as their specialty. Pediatricians’ average annual salary (roughly $200,000) may not be competitive with some of the more specialized medical domains, but pediatrics appears to offer high career satisfaction and inducements such as flexibility and part-time work opportunities.

In addition, the 11 well-child visits recommended by the AAP over a child’s first 30 months (with annual visits thereafter through age 21) ensure a steady stream of repeat customers and revenue for pediatricians. In accordance with the Centers for Disease Control and Prevention’s (CDC’s) vaccine schedule, pediatric practices are expected to administer vaccines (often as many as six at a time) at about half of well-child visits through the adolescent years, making vaccination a foundational bread-and-butter component of pediatricians’ job description. The one problem with this rosy pediatric picture is that some parents do not want to go passively along for the ride.

Rather than recognizing the validity of parents’ safety concerns or admit to their own ambivalence about some of the newer vaccines, many pediatricians—nearly two in five, according to some estimates—choose to boot uncooperative families out of their practices.

It is quite common for pediatricians (and family doctors) to encounter parents who refuse one or more infant vaccines, most often due to safety concerns. These concerns also mean that pediatricians frequently get requests to modify or delay the vaccine schedule—nearly three-fifths (58%) of pediatricians reported such requests in a 2014 AAP survey.

One-size-fits-all vaccine proponents argue that families who question any aspect of the CDC party line are confronting pediatricians with an “alarmingly untenable dilemma” between either “continuing to provide “substandard” care by foregoing many or most of the infant’s highly recommended protective vaccines” or “dismissing from the practice the family who refuses vaccines.” Rather than recognizing the validity of parents’ safety concerns or admit to their own ambivalence about some of the newer vaccines, many pediatricians—nearly two in five according to some estimates—choose to boot uncooperative families out of their practices!

A recent Medscape survey indicates that one of the main things that pediatricians dislike about their job is “dealing with difficult patients”. However, when pediatricians dismiss families whose only “crime” is the desire to make informed and individualized health care decisions on behalf of their children, the doctors are doing more than just unprofessionally dumping “difficult” patients—they also are protecting their bottom line. Increasingly, insurers and provider organizations are collaborating in a “value-based” approach whereby insurers give bonus payments to doctors and other providers who achieve specified quality of care targets.

A widely reported example of this type of pay-for-performance model is the Blue Cross Blue Shield of Michigan “Performance Recognition Program,” which uses “meaningful” payments to reward Blue Care Network (BCN) health maintenance organization (HMO) providers “who encourage their patients to get preventive screenings and procedures.” For vaccination, providers receive $400 for each eligible two-year-old who has received all 24-25 vaccines shown below, but only if the provider manages to administer each and every shot to at least 63% of his or her patients. Thus, there is a formidable incentive not to let any patients slip through the cracks. 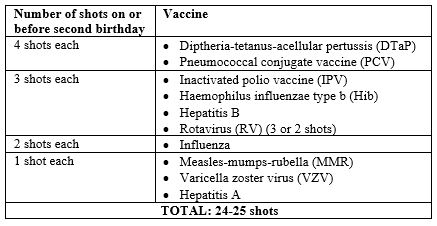 “This bonus varies depending on the number of patients the doctor sees. One of the requirements for a patient’s chart to pass the test is that they are fully vaccinated. […] Such incentives…end up forcing a doctor to consider the financial implications of accepting patients who even just want to opt out of one vaccine. …Maybe a few such families wouldn’t make them fail the chart reviews, but if they have too many, there goes their year-end bonus.”

Under a Watchful Eye

For some vaccines especially, such as the pre-adolescent vaccine for human papillomavirus (HPV), researchers have attributed “suboptimal” vaccination rates to “inadequate physician adherence to guidelines.” However, because insurer-provider contracts rely on extensive reporting and sharing of medical and clinical information (including immunization data), participating physicians increasingly may be subjected to a unique form of social comparison. As insurers and practices publish data openly showing “how the care…each [physician] give[s] to kids compares with the care given by their peers,” no one will want to be the pediatrician who stands out.

The American Academy of Pediatricians (AAP) has long recommended repeatedly measuring practice-wide vaccination rates as a strategy to improve pediatricians’ “effectiveness” in garnering vaccine acceptance. Researchers who ponder policy responses to the problem of “vaccine refusal” argue that insurance payment incentives aimed at health care providers are a legitimate and valuable policy tool in this regard.

Ultimately, these subtle and not-so-subtle financial incentives and social pressures are likely to maintain widespread adherence by pediatricians to the vaccine schedule—even in instances where contraindications are present. Although pediatricians have a legal duty to fully inform patients about vaccine risks and side effects, the lure of monetary perks and the desire to fit in may lessen their motivation to do so.

Dr Kohls is a physician from Duluth, Minnesota, USA. Since his retirement in 2008 he has written a weekly column for the Duluth-area Reader Weekly alternative newsweekly, which has a weekly readership of 35,000. The Reader is distributed for free in northeast Minnesota and northwest Wisconsin at over 400 locations across the region. His columns have been re-published widely on progressive websites all around the world. In the decade prior to his retirement, Dr Kohls practiced what could best be described as “holistic (non-drug) preventive mental health care”, often successfully helping patients who were sickened and/or addicted to their cocktails of psychiatric drugs safely get off or cut down on their known-to-be-neurotoxic and known-to-cause-dementia medications.

Dr Kohls’ columns usually deal with the often well-hidden toxicity that is being inflicted upon life on earth by non-human, sociopathic corporate entities that remorselessly enrich themselves and their wealthy “investor-shareholders” by exploiting (and risking the destruction of) Mother Earth. The entities that need to be exposed are usually well-hidden behind boardroom walls and the nature of what can be described as corrupted American crony capitalism, American imperialism, American friendly fascism, militarism, racism, sexism and the toxicity inflicted on human life and health by the nebulous ruling classes (the 1%ers) that gain their wealth and power through the institutions of Big Banking, Big Media, Big Weapons, Big Agribusiness, Big Chemistry, etc.

Dr Kohls has considerable insider knowledge and experience concerning the obvious over-drugging and over-vaccinating agendas of Big Pharma, Big Vaccine and Big Medicine (each of which are deeply involved with these well-funded lobbying and propaganda groups for Big Business: the CDC, the AMA, the AAP, the APA, the AARP, etc, etc . Each of these corporate entities promote the highly profitable but highly toxic “treatments” (that are often cavalierly prescribed for our vulnerable children by once-respectable physicians) that threaten American democracy, civility, health, longevity, sustainability and the future of the planet.

One Response to Duty To Warn: Incentivizing Pediatricians (And Other “Healthcare” Practitioners As Well) To Follow The Potentially Highly Toxic CDC/AAP Vaccine Schedule