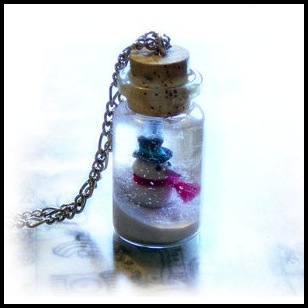 Share1.2K
Tweet
+1
Share
Pin1
1.2K Shares
Dane Wigington
geoengineeringwatch.org
How long can the climate engineers confuse and divide the US population with completely manipulated "winter storms"? The latest is "winter storm Eris" as named by the power structure owned Weather Channel. Also controlling the flow of climate information to the public is the Rothschilds owned Weather Central. Artificially/chemically nucleated snow is a primary method by which the weather makers create short term toxic cool-downs. Why are they doing this? Because it creates the headlines that the power structure and its media machine need to help hide the fact that our planet is warming at a runaway pace. A "white Christmas" here and there does much to confuse the public as to what is actually unfolding on the bigger climate picture. This is one of the major purposes of global geoengineering. Extreme jet stream manipulation is a major component of the engineered cool-down of the US. 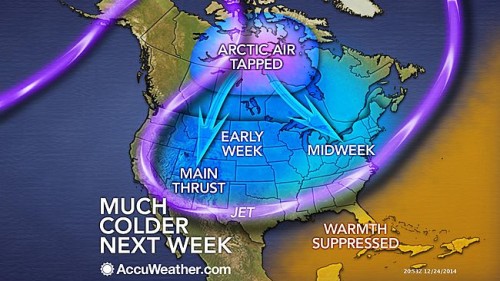 Such contorted jet stream patterns like the one shown above were historically unprecedented, now such scenarios are increasingly the norm. How extensive is the global network of ionosphere heaters (which are used to manipulate the jet stream)? The map below gives some idea, though there are many new facilities and mobil facilities (such as SBX radar) that are not shown. 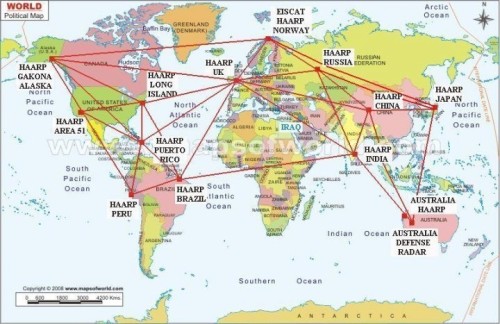 As the planet continues to rapidly warm overall, the geoengineers are now simply robbing cold air from one region to cool down another. When they create a cool-down in a more populated area, the weather makers get the headlines they are seeking. Again, such headlines perpetuate confusion in the population in regard to the true state of the global climate. This confusion buys time for the power structure to further prepare for the coming collapse. Where is the cold air for "winter storm Eris" coming from? It is pushed down from the North with the jet stream manipulation mentioned, and then combined with moisture which is artificially/chemically ice nucleated. The North then immediately heats up as shown below.

From record warmth to record cold in only days, such increasing extremes should be very alarming to any that are even partially awake and paying attention.
Since we all hate Al Gore (for good reason), the public is very willing to accept any lies that fortify their disdain for him and the rest of the criminals in power. If we can leave Gore and his carbon credit scams behind, and examine verifiable data, reality will be more easily recognized. Who would want the public to believe the planet is not warming, or even cooling? Big oil, the military industrial complex, and the geoengineers, that's who.
How powerful are artificial ice nucleating agents? View the video below for one example of biological nucleating elements. A few drops of these can instantly freeze a container of water (chemical nucleating agents can be even more powerful than biological agents).
Winter storm "Eris" was just in time for Christmas. The Weather Channel's job is to hide the climate engineering crimes and their theatrically named "winter storms" are part of the production. The Weather Channel's paid actors dramatize the engineered cool-downs and avoid discussion of the fact that 2014 will be the warmest year ever recorded on our planet. There were over 2400 high temperature records set in December alone over the continental US, though mainstream media hardly said a word about this. Earth has now had 358 consecutive months of above average global temperatures (over 38 years in a row), how many have heard this from any mainstream media source? What about the record shattering ocean temperatures? Yet again hardly a word from major sources. But what about the petition of 31,000 scientists that say global warming is a fraud? The truth is, the petition of 31000 scientists denying the planetary meltdown is itself is a fraud. Just because those in power (like Al Gore) are trying to profit from disaster, does not mean the disaster is not real. The power structure does all it can to profit from war and global conflict, does that mean such events are not real? Of course not. We must all base our conclusions on facts, not ideology. The biosphere is warming at an extreme pace. Though temporary surface cool-downs are being created, climate engineering is making a bad climate scenario far worse overall and poisoning the entire planet in the process. Geoengineering is decimating what is left of Earth's life support systems.  All those in the climate science and meteorological communities that are hiding the climate engineering crimes from the public should be considered criminal accomplices to these crimes. The responsibility of sounding the alarm rests with all of us, we must each do our part in the battle to reach critical mass of awareness with the population.
DW
geoengineeringwatch.org