Engineered Winter Theater Continues In The US 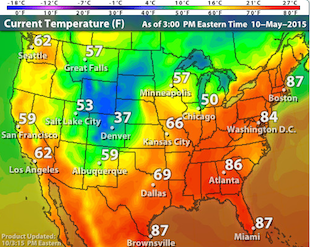 Yet again the climate engineers managed another "winter" storm to keep the confusion and division of the US population going in regard to the true state of the climate. "Winter storm Venus" is the latest installment of manipulated weather from the weather makers. Take a good look at the temperatures on the map below, the white bullseye in the center of the US is the core of "winter storm Venus". The rest of the country is experiencing far ABOVE normal temperatures to RECORD HIGH temperatures (and tornados), while this extremely anomalous (and meteorologically ridiculous) "winter storm" is occurring. 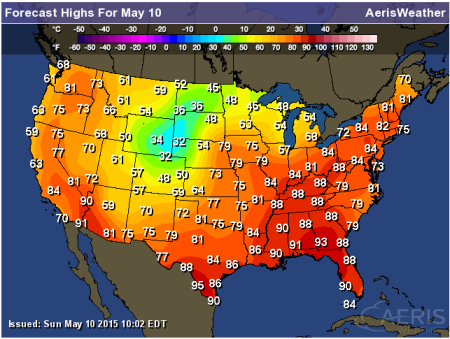 Completely engineered (also temporary and toxic) cool-downs are exactly what the military industrial complex controlled media machine needs to produce the headlines they are looking for to continue fortifying the climate confusion of US citizens. Every engineered event that is carried out furthers the total destruction of Earth's climate and life support systems. Where are the engineered cool-downs being carried out over and over and over during the course of the last two years running? The GISS  temperature anomaly map below paints a very clear picture.

The map above represents compiled temperature readings over the last two years. How can the eastern US be so anomalously cold while the whole of the Arctic is in superheating, the western US is burning up, and while all of Siberia and most of the rest of the world is in meltdown? Recent peer reviewed study proves extreme and anomalous cold events ARE NOT connected to global warming, so what is the cause? Welcome to the world of climate engineering. The constant engineered cool-downs of the eastern US are psychological operation to hide the true extent of climate disintegration from the US population for as long as possible while the power structure makes preparations for total collapse. The NOAA map below shows with shocking clarity the radical extremes of contrast between engineered heat in the US West and the engineered cold in the US East, this pattern has been very consistant for two years. 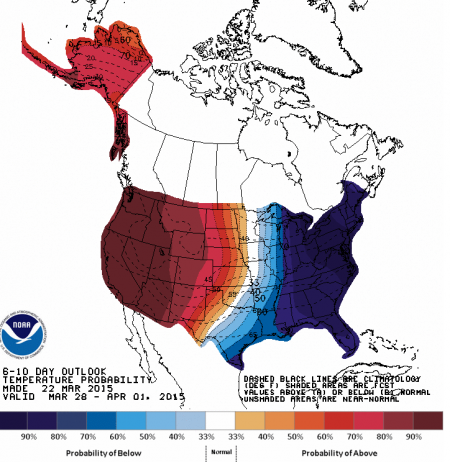 What happens when populations in the western US start to wake up to the fact that they are being subjected to record drought and heat by the climate engineers? It seems that the geoengineers have scheduled a temporary unprecidented cool-down for the west in the attempt to cover their tracts. The NOAA "forecast" map below (which amounts to the scheduled weather as all of NOAA's maps are provided by climate engineering contractor Raytheon) is no less shocking and meteorologically unprecedented as the map above. 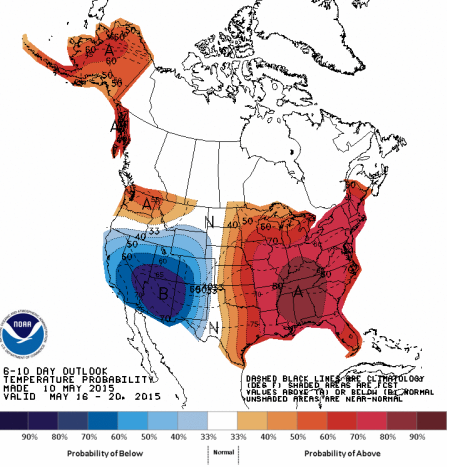 I have covered the completely engineered cool-downs of the eastern US again and again and again, the articles linked below are filled with essential data and source links on this scenario. Those who wish to be most effective in the fight to expose and halt climate engineering should take the time to review as much information as possible. Clear understanding and credible conclusions which are essential if we are to gain ground in this most critical battle. DW

38 Responses to Engineered Winter Theater Continues In The US