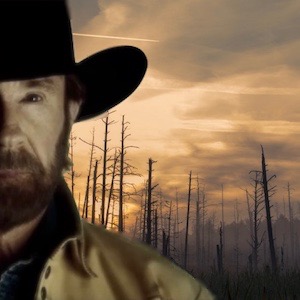 Internationally known celebrity Chuck Norris continues to show exceptional courage by yet again publicly addressing the critical climate engineering issue in an extremely direct, articulate, and forceful manner. Mr. Norris has previously addressed the geoengineering issue and the power structure's attempt to silence anti-geoengineering researches and informational sites. Now, in the article below, he continues his examination of global geoengineering, and publicly states his warnings on this extremely dire issue. Let's hope that other well known personalities take a much needed example from Chuck Norris's unyielding moral fortitude. I wish to extend my deepest regard and respect to Mr. Norris for his steadfast and courageous effort to take a critically needed stand for the greater good and for recommending GeoengineeringWatch.org as a reference site.
Dane Wigington
geoengineeringwatch.org

The smoking gun is definitely still smoking. CIA Director John Brennan shot another round of evidence in the proof that our government is involved in climate intervention or weather warfare.

In June, CIA director John Brennan gave a historical speech to the Council on Foreign Relations, confessing something few thought they would ever hear.

To set the context, Brennan’s speech addressed threats to national and global security, cyber attacks, hacking, as well as biological warfare and other potential threats. But what caught listening ears and raised eyebrows was Brennan’s lengthy discussion about geo-engineering – intentional climate intervention via operations like atmospheric aerosol spraying or injections.

Liberals defended Brennan’s big government speech by explaining that he didn’t actually say the feds were presently engaging in geo-engineering. The truth is, he would have been foolish to do so because, as you’ll learn, many eminent scientists have warned Washington about the extreme dangers of climate intervention, not to mention the public outcry would be massive.

Brennan spoke at length about the future use of geo-engineering. And if you listen carefully to his words, you can even hear innuendos of a government that has already tested its effectiveness. How else could he be so confident of its utility?

Another example is the array of technologies, often referred to collectively as geoengineering, that potentially could help reverse the warming effects of global climate change. One that has gained my personal attention is stratospheric aerosol injection, or SAI: a method of seeding the stratosphere with particles that can help reflect the sun’s heat in much the same way that volcanic eruptions do.

An SAI program could limit global temperature increases, reducing some risks associated with higher temperatures, and providing the world economy additional time to transition from fossil fuels. This process is also relatively inexpensive. The National Research Council estimates that a fully deployed SAI program would cost about $10 billion yearly.

As promising as it may be, moving forward on SAI would also raise a number of challenges for our government and for the international community. On the technical side, greenhouse gas emission reductions would still have to accompany SAI to address other climate change effects, such as ocean acidification, because SAI alone would not remove greenhouse gases from the atmosphere.

On the geopolitical side, the technology’s potential to alter weather patterns and benefit certain regions of the world at the expense of other regions could trigger sharp opposition by some nations. Others might seize on SAI’s benefits and back away from their commitment to carbon dioxide reductions. And as with other breakthrough technologies, global norms and standards are lacking to guide the deployment and implementation of SAI and other geoengineering initiatives. 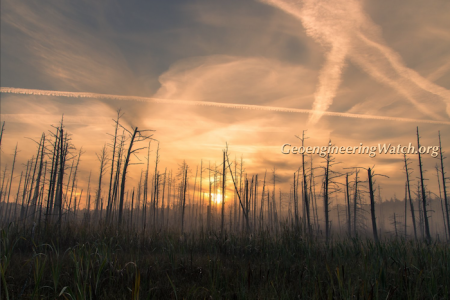 What is striking but not surprising is the missing link in Brennan’s “challenges”: namely, climate intervention’s threat to humans and other life on earth. Outside of the many adverse and consequential environmental affects of seeding the stratosphere, which we will hear about from renowned scientists in my next column, there is the toxic fallout of particles upon human life. Or does the Obama administration really think that injecting sulfate aerosol precursors and designed nanoparticles into the stratosphere will not result in grave health effects when they literally rain down upon us?

The U.S. government’s National Center for Biotechnology Information, or NCBI, just released a report in January 2016 regarding “Assessing the direct occupational and public health impacts of solar radiation management with stratospheric aerosols.” In the report, it describes “the potential direct occupational and public health impacts of exposures to aerosols likely to be used for SRM [Solar Radiation Management], including environmental sulfates, black carbon, metallic aluminum, and aluminum oxide aerosols.”

The NCBI concluded: “Our analysis suggests that adverse public health impacts may reasonably be expected from SRM via deployment of stratospheric aerosols. Little is known about the toxicity of some likely candidate aerosols, and there is no consensus regarding acceptable levels for public exposure to these materials. There is also little infrastructure in place to evaluate potential public health impacts in the event that stratospheric aerosols are deployed for solar radiation management.”

Did anyone pass this health report to CIA Director John Brennan?

Let’s be clear about at least one thing: Despite that those on the right and the left (including our president) have denied the government’s use of stratospheric aerosol spraying in the past, chemtrailing just collapsed as conspiracy. The climate cat is now out of the bag!

But President Obama already told us this was coming, or has come.

Back in February 2013, Obama warned Capitol Hill: “If Congress won’t act soon [on climate change] to protect future generations, I will. I will direct my Cabinet to come up with executive actions we can take, now and in the future. …”

In January 2015, he repeated his threat: “If we do not act forcefully, we’ll continue to see rising oceans, longer, hotter heat waves, dangerous droughts and floods, and massive disruptions that can trigger greater migration, conflict, and hunger around the globe. The Pentagon says that climate change poses immediate risks to our national security. We should act like it.”

No wonder Obama said about himself, “Call me the rainmaker.”

But no one ever told us that the rain coming down upon us would be toxic!

And where is the “Environmental Protection Agency” when we need it? It is in the stratospheric aerosol injection bed with the rest of the administration!

The question is: Is there hard evidence for a government cover-up of its already-active stratospheric aerosol injection program?

To find out that answer, please don’t miss my column next week. In it, I will explain the CIA’s direct involvement in geo-engineering (particularly SAI) and demonstrate how the agency is using the National Academy of Sciences to produce a report that the Obama administration can manipulate to the public to justify its sky crimes. I’ll also show how the U.S. Senate is swallowing the pro-geo-engineering bait hook, line and sinker, and how a massive multiple-agency government gag order and unprecedented whistleblower penalties are suppressing those on the inside from leaking or confirming the feds present geo-engineering operations. Lastly, I’ll discuss what you can do to help blow the lid off of the government’s covert operations.

To read or learn more immediately, I highly recommend the work and website of Dane Wigington. GeoEngineeringWatch.org is loaded with great research on the many facets of geo-engineering. In addition, we encourage support of the Legal Alliance of pro-bono lawyers now amassed as a unified front to fight the geo-engineering government cover-up in court.