Facing The Insanity That Currently Rules The World 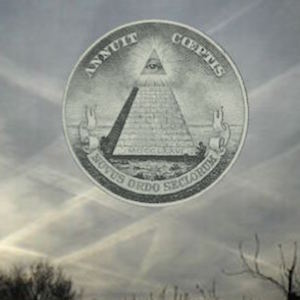 The global elite have committed countless crimes against humanity and the natural world. These crimes have been going on for centuries, but now the stakes are inconceivably higher than ever before. On the current trajectory, total global extinction in the near term is not just a possibility, but an inevitability.

In the councils of government, we must guard against the acquisition of unwarranted influence, whether sought or unsought, by the military-industrial complex. The potential for the disastrous rise of misplaced power exists and will persist.

Industrialized society has made modern man complacent beyond comprehension. For most, unpleasant truths about our government are not something to be investigated and exposed, but rather to be avoided and ignored at all costs. This paradigm must be overturned if we are to have any chance of long term survival. Unnecessary daily distractions must be discarded in exchange for a pursuit of the common good. Countless crimes that have been hidden by the power structure must be brought to light.

The very word 'secrecy' is repugnant in a free and open society; and we are as a people inherently and historically opposed to secret societies, to secret oaths, and to secret proceedings.

JFK was assassinated shortly after he made the speech from which this quote was taken. This is the society in which we live and that many have so far chosen not only to accept but to embrace. The 13 minute video below is an exceptional portrayal of the dark corner we find ourselves in, and how we got here.

We must all stand together in the battle to expose the insanity while we can, tomorrow will be too late.
DW

10 Responses to Facing The Insanity That Currently Rules The World