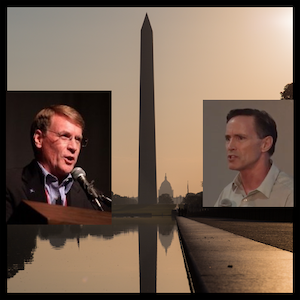 Dr. Chuck Baldwin has a very long and impressive resume (also covered in Wikipedia), including being the 2008 presidential candidate for the Constitutional Party. In a world where preconception, ideology and bias increasingly rule the day, Dr. Baldwin has long since been a courageous outspoken voice of reason and fact based conclusions. Dr. Baldwin's unyielding regard and respect for the unvarnished truth, no matter how much blowback he has had to endure for his outspokenness, is truly inspiring. In this candid and revealing 45 minute interview, conducted by Dane Wigington from GeoengineeringWatch.org, Dr. Baldwin passionately elaborates on his personal journey of investigation and discovery that shattered the foundations of what he and so much of our society had been taught as fact. Our most sincere apologies for an equipment malfunction (mute button failure) that caused some background noise during the interview.

In our increasingly Orwellian world, now, more than ever, voices like Chuck Baldwin’s need to be heard. If a larger percentage of society is not able to rise above their programming in order to honestly examine the front-line facts, we will have no chance of altering our current course of near term planetary omnicide. We must all make our voices heard in the critical battle to sound the alarm, the sand in the hourglass is rapidly running out.
DW