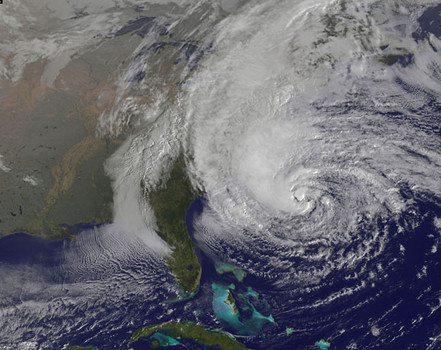 Defense Advanced Research Program Association, or DARPA, has contracted co-operation command of the Highly Active Auroral Research Program (HAARP) electromagnetic microwave ionospheric heater in Gakona, Alaska, for military communication and weapon “defense” purposes. They also take part in biological warfare “testing” over land, water, and city, whereby defense contractor jets, such as those crafted especially for war or weather programs by BAE Systems (owner of the HAARP facility) or Raytheon (owner of the HAARP patent), for the Navy and Air Force and NATO, disperse hazardous toxins into the air and then attempt to eradicate them with chemicals or jet-mounted microwave radiation weapons (like AESA). In addition, the Lockheed Martin and Boeing corporations joined up in a B2B contract with BAE and Raytheon, hardware and software hosted by none other than Microsoft, so that their defense contractor industry market could remain consistently and wirelessly networked, and would never be halted by distance, time, or situational awareness. The NOAA, a member of the Weather Modification Operations and Research Board, (partnered on that board with the American Meteorological Society and the National Science Foundation) sold its weather reporting functionality to Raytheon, who operates it now under the name Advanced Weather Information Processing System. Raytheon happens to contract many of its services and industrial airliners to the tune of global weather modification programs, such as those ever popular “global warming mitigation” or “global dimming” programs, (whereby jets utilizing liquid propane, liquid nitrogen, silver iodide, potassium chlorate, barium oxide, acrylamides, and trimethyl aluminum, spray these chemicals to replace cloud cover over entire countries) and, they’ve even managed to create, through their sub-company General Dynamics Robotics, Unmanned Autonomous Vehicles such as the Global Hawk that can fly for 72 hours, with a payload of 20,000 lbs or more, running entirely on programming and artificial intelligence microwave signal networking, without landing or refueling. It’s not just local chemical “cloud seeding” or “storm prevention” anymore, as is still practiced by the state-and-regional program member companies of the Weather Modification Association.

Now let’s focus on a single part, the GWN on page 9:

The GWN is the Global Weather Network, which consists of NEXRAD doppler radars and just about every single piece of weather monitoring equipment in the world that has a data-sharing agreement with the USA or its agencies.  See:

Chapter 3 – An Operational Analysis for Air Force 2025: An Application of Value-Focused Thinking to Future Air and Space Capabilities

The plan was to have this thing operational by 2025, however they seem to be ahead of schedule.  Now let me show you the power of this fully operational Death Star:

The fact you should take with you is this:

If hurricane geoengineering is happening, many agencies are involved, and the US Air Force has a front row seat.  We know that just about every acronym’d agency in the US government is involved in weather modification.  We know that the Weather Modification Association, US Air Force, NOAA, NASA, and Raytheon are working very closely.  We know that HAARP can modify the weather, and we know that many experiments are being conducted on hurricanes, without public oversight.  What who owns HAARP?

Raytheon owns HAARP, which is managed by the Air Force Research Lab, Office of Naval Research, DARPA, and the Stanford VLF Group.  Well, that and, both Raytheon and the USAF AFRL kinda make it obvious they are modifying the weather with HAARP.

And who runs HAARP?  The Air Force Research Lab, which is where?
Wright-Patterson AFB http://www.wpafb.af.mil/AFRL/

SO WHAT IS HAARP?

From Margaret Cheney’s “Tesla, Man out of Time.”

Tesla’s basic idea was revisited by Atlantic Richfield Oil Company’s consultant physicist Bernard Eastlund, who sought a less expensive way to transmit natural gas from remote areas.  He proposed a “pipeline” in the sky, using natural gas to power microwave transmitters.  The microwaves would be sped great distances through the ionosphere, then beamed down to satellites and converted to electrical power on earth.

So HAARP is a World Wide WIFI device, able to transmit its beams over continents, with the intention being the delivery of large amounts of electricity to power the target.  SCARY! Sounds like a lightning weapon to me.

Carbon Black to create cirrus cloud cover?  The Cloud Modification section is an admission of USAF CHEMTRAILS (another below)!

In fact, the Air Force has admitted they’re seeking to locally modify weather to create artificial cloud cover to protect against directed-energy weapons and satellite imagery.

The United States needs to incorporate the defense against directed energy weapons with the same intensity used developing anti-ballistic missile defenses. One of the major drawbacks to optical or directed energy systems is the inability to penetrate clouds or dense fog. Advances in technology are beginning to bring weather phenomena under our control.

Weather as a Force Multiplier: Owning the Weather in 2025

This PDF contains a Christmas list of Weather Control schemes the US Air Force would love to get there hands on.

1991 PDF: US Patent #5041834 – Artificial Ionospheric Mirror Composed Of A Plasma Layer Which Can Be Tilted

HAARP heats a portion of the ionosphere using either two high-power microwave sources, previously HAARP and HIPAS, now HAARP and the AMISR (more specifically, the Poker Flats AMISR (known as PFISR) has probably moved to the Gakona, Alaska HAARP facility.

(i) AMISR be relocated from Poker Flat to HAARP;
(ii) Arecibo heater be completed and upgraded;

(iii) a heater be constructed in Jicamarca to cover
the dip equator;

(iv) the US contribute to the launch of the RESONANCE satellite under study by IKI, Russia.  (ed. note: RESONANCE did launch: HAARP RESONANCE WORKSHOP

3. An apparatus for generating an AIM comprising:

(a) a phased array heater antenna which is focused at an altitude to cause an avalanche ionization area to be created in the atmosphere;

The work involves using plasma, an ionized gas, to reconfigure the ionosphere. MIRAGE would employ a microwave transmitter on the ground and a small rocket that shoots chaff into the air to produce about a liter of plasma at 60–100 km. (36– 60 mi.) in altitude, changing the number of electrons in a select area of the ionosphere to create a virtual barrier. Ionosphere reconfiguration offers two major applications of interest to the military: bouncing radars off the ionosphere, also known as over-the-horizon radar, and the ability to jam signals from the Global Positioning Satellite system, according to John Kline, the lead investigator for MIRAGE.
This work is only the latest effort in Kline’s more extensive investigations of atmospheric plasma. Before MIRAGE, Kline had another contract for a project called Plasma Point Defense, which explored the possibility of using a plasma weapon on board a U.S. Navy surface vessel to protect against threats ranging from surface-to-surface missiles to mortars and rocket-propelled grenades. PROJECT-MIRAGE-Plasma-Gas

It would stand to reason that if all you need is some rocket exhaust and a high powered microwave to modify the weather, then it may be possible that a combination of persistent contrails (laden with metals, usually derivatives of jet fuel additives) and radars like OTH-B.  the US Navy ROTHR, SuperDARN, hell even NEXRAD dual polarization doppler radars may be able to modify the weather in the troposphere?

There is more than enough evidence that concentrated heating from any of these devices in concert with the right mix of metal shavings (intentional cloud seeding) in addition to inadvertent cloud seeding from pollution would have a significant impact on either taming or strengthening hurricanes.

The only question left is, what does any of this have to do with Hurricane Sandy?

Last year, Hurricane Irene, August 26, 2011,  we saw a microwave “anomaly” interfere with the center of the storm:

Those trailing red lines appear to be coming from the Arecibo heating array.  Hurricane Irene was then greeted with a huge flash on the radar in North Carolina:

Flash forward to the present, and we’re getting deja-vu.  Large microwave-anomaly followed by radar flashing in North Carolina.

Whereas I would normally say this is just a graphical glitch, the red anomaly appears to actually be affecting the storm.  The storm walls regain strength after this anomaly disappears.

Here are the photos I took on October 26, 2012 when I believe they were seeding the west side of the storm:

NASA used various weather modifying technology to develop, intensify and steer a hurricane. The available technology included a powerful microwave radiometer and a “radar” and a NASA-designed and built lidar (laser radar). The laser radar were mounted on a Global Hawks and were used to heat the top of a hurricane– to weaken a hurricane and steer them. The “radar” that NASA used was the Sea-Based X-Band Radar –  a floating, self-propelled, military controlled and operated mobile radar station capable of operating in high winds and heavy seas.   The Sea-Based X-Band Radar Platform (SBX) is part of the U.S. Defense Department Ballistic Missile Defense System.

HURRICANE SANDY: The HAARP and Aerosol Geoengineered Storm of the Century

Sandy versus Katrina, and Irene: Monster Hurricanes by the Numbers

Many companies and government agencies have a stake in hurricane mitigation.  I do not agree with companies experimenting on monster storms, only to hide behind a veil of anonymity when it comes time to asses the damage and who’s to blame.  The best laid schemes of mice and men often end in an epic fail.

The Department of Homeland Security may want to mitigate damages caused by hurricanes, but that is not the Air Forces agenda.  Their plans make it clear, they want to OWN THE WEATHER and USE IT AS A WEAPON.  When you see all these experiments funded in the name of safety being tied to HAARP, an Air Force directed-energy weapon, you know the information the military gains will one day soon be used to weaponize the weather.  This guy gets it, you should too:

So the question is still there: Is HAARP the source of these microwave anomalies or are their satellites firing away with their lazor beams?  Is the USAF, NOAA, or the NWS controlling the NEXRAD stations and causing the radar flashes? Is the flash caused by a NEXRAD showing us a satellite beam emission?

I introduce one last piece of evidence for your consideration (which was mentioned earlier in this article) as an alternative source for the microwave anomalies, and have no explanation for the NEXRAD flashes:

(i) AMISR be relocated from Poker Flat to HAARP;
(ii) Arecibo heater be completed and upgraded;

CASE STUDY 2 WEATHER MODIFICATION: THE EVOLUTION OF AN R&D PROGRAM INTO A MILITARY OPERATION
http://www.fas.org/man/eprint/leitenberg/weather.pdf