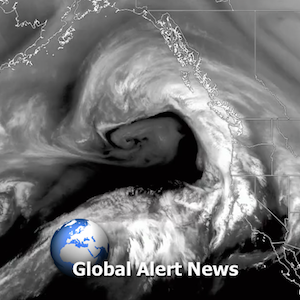 We are all swimming in a toxic sea of contamination from countless sources, there is no truly organic anything at this point. A new report further confirms the health threats posed to commercial flight passengers (and crews) from toxic air. As the oceans acidify, are the geoengineers going to propose converting every ship on the planet into tankers in order to fill the seas with alkalizing lime? Are ever increasing climate engineering operations really holding off the “super greenhouse effect (SGE)”? Or is the global geoengineering assault actually pushing us toward an “SGE” scenario? Land degradation is already impacting nearly half of the planet's population, how long till the food supply chain in the US is affected? The power structure push toward WWlll continues, why do the majority of populations seem unable to recognize the converging catastrophes that are closing in with blinding speed? A report on the human brain sheds light on this question. The April 7th installment of Global Alert News is below.

The US government is systematically dismantling all former environmental protection provisions, how much longer can the illusion of a “sustainable” industrialized / militarized society be maintained? Of all the manifesting challenges we collectively face, the climate engineering / weather warfare / biological warfare assault is the greatest and most immediate threat (short of nuclear cataclysm). Will we stand together against the gathering storm of insanity? Or will we go silently into the night? If we have any chance of turning the tide, the masses must be awakened. All whom are already awake are needed in this most critical effort.
DW

Geoengineering Watch wishes to express our most sincere gratitude to Larry and Kathy Burns, and to Mike Torrence, for traveling hundreds of miles in order to run the GeoengineeringWatch.org informational booth at the Puyallup Gem Faire event. Larry, Kathy, and Mike, have been relentless in their efforts to help sound the alarm on the critical issue of climate engineering. 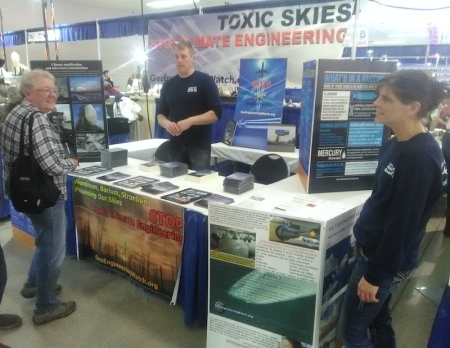 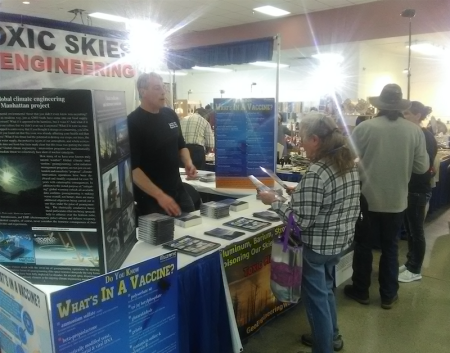 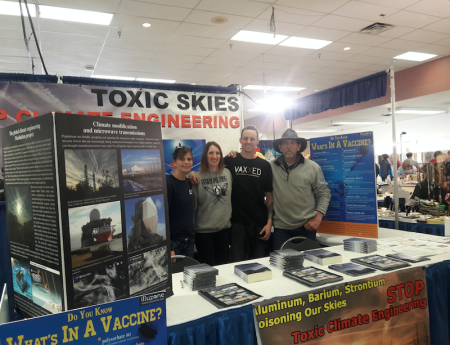 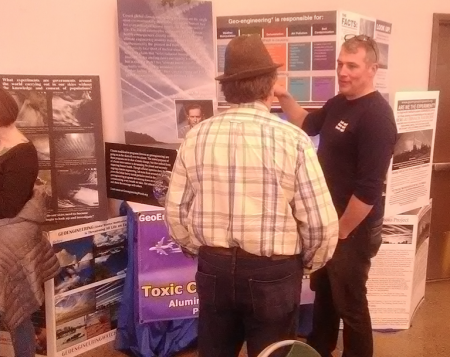 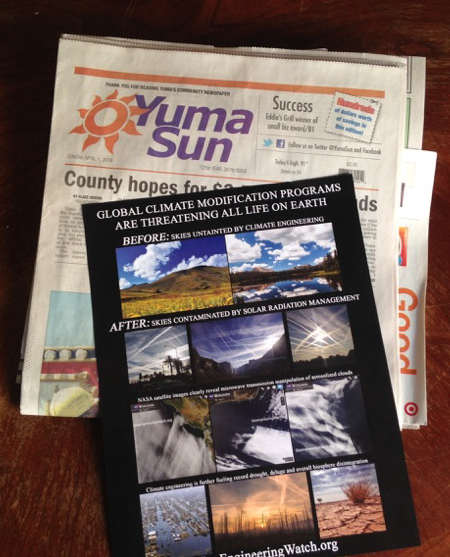