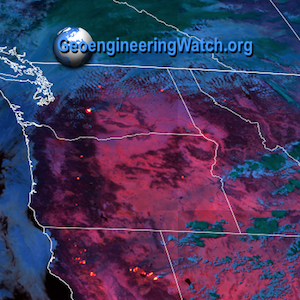 The US West continues to bake and burn while the eastern US is kept cooler with constant flows of moisture. The east coast of the US is on average the most anomalously less warm region in the entire world for the last 9 years in a row, while the West Coast incinerations have steadily increased over the same period. This scenario is not just a random act of nature. The likely motives of the climate engineers are complex. More and more alarming information continues to surface on the entire CV-19 scenario. How extensive are the covert operations of the controllers? How dark will our collective futures be if numerous nefarious agendas are not exposed and halted? The latest installment of Global Alert News is below.