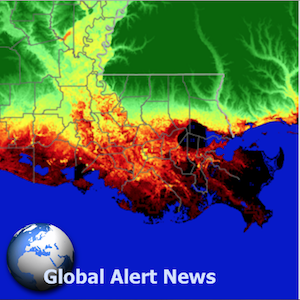 Populations in first world countries have been very successfully conditioned to believe that they are immune to the world's problems. Most have convinced themselves that if they ignore dire issues for a long enough duration, the problems will magically go away. This very delusional notion is very close to being completely obliterated. Converging catastrophes are now here, there is no place to hide. As a boy I watched every one of the Jacques Cousteau documentaries, multiple times. Mr. Cousteau was a massive influence in my life, the sound of his voice is forever burned into my consciousness. One of his statements has always stood out prominently in my mind: "Not only have we failed to realize we are one people, we have forgotten we have only one planet. Today we have nowhere else to go". Very harsh and irreversible realities are already unfolding by the day, the fossil fuel fiesta is over. Do we just give up because the former way of life is over? There can be no virtue or solace with taking such a path. How could we look  our children in the eyes if we took this course, ever? If we have any chance to preserve what is left of Earth's life support systems, we are obligated to try with every fiber of our being. The greatest leap we could take in the right direction is to expose and halt climate engineering. Now is when we find out what we are made of, and why we are here. Make your voice heard.
Dane Wigington
geoengineeringwatch.org