The Earth changes that are unfolding, and the speed at which they are unfolding, are unprecedented in the history of our planet. As the former equilibrium of the biosphere is lost, chain reactions and feedback loops are accelerating. Even now there are many who deny the hand of man in all that is occurring. Even now there are so many who deny that governments and militaries are trying to play God with the weather and climate. Willful blindness and denial still rule the day in spite of the fact that climate engineering operations can constantly be seen in skies all over the world. Winter weather whiplash is the card the climate engineers are playing all over the globe. If there is a silver lining to the ever worsening destructive weather, it is the fact that people are finally beginning to wake up to the geoengineering issue because of it. The latest installment of Global Alert News is below.

Can we expose and halt climate engineering in time to make a difference? We cannot know unless we try, every day counts in this effort. Reaching a critical mass of public awareness is key, sharing credible data from a credible source is an effective way to wake others. It is our combined efforts that can yet make a difference.
DW

GeoengineeringWatch.org digital billboard (with three alternating images) was just put up on US Hwy 231 and Redland Rd. in Elmore County, Alabama (2/12/19). Our most sincere gratitude to Michael Jancaterino for spearheading this effort. To view our other billboards, see the attached link: http://www.geoengineeringwatch.org/category/geoengineering/billboards/ 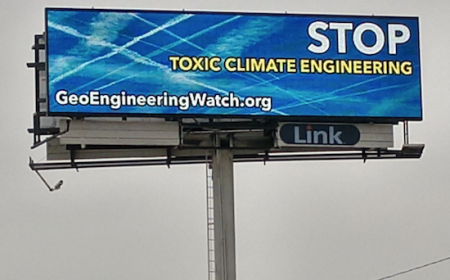 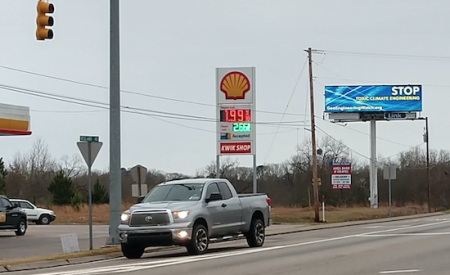 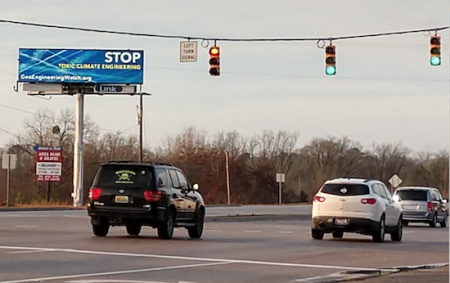 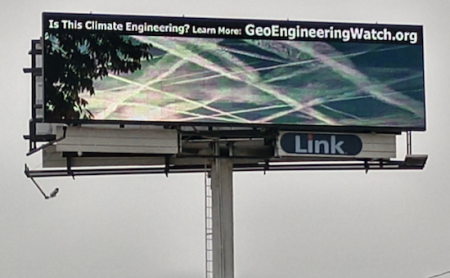 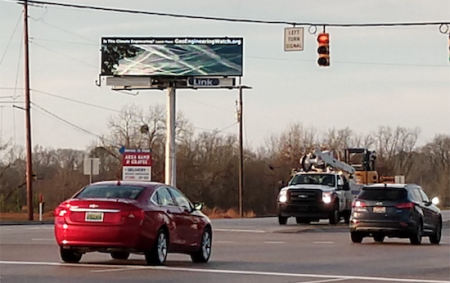 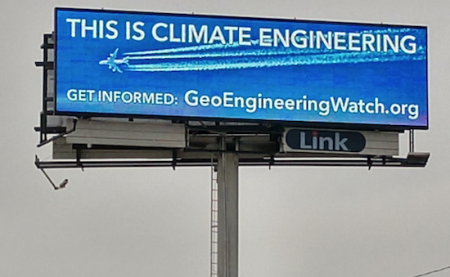 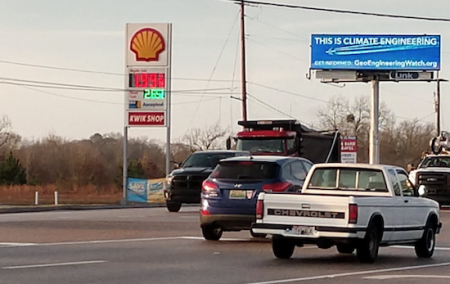 Geoengineering Watch wishes to express our most sincere gratitude to Maciej Kocialkowski for his tireless work toward raising awareness on the critical issue of climate engineering. The geoengineering awareness booth in the photos below was set up at the Historical Train Depot farmers market in Punta Gorda, Florida (2/9/19). Maciej has also translated GeoengineeringWatch.org flyers into Polish and personally distributed them in his homeland of Poland. 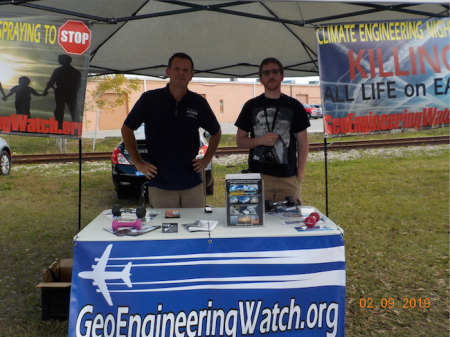 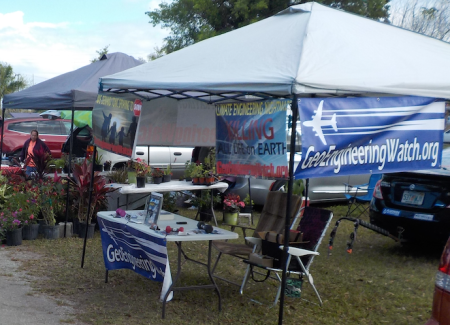 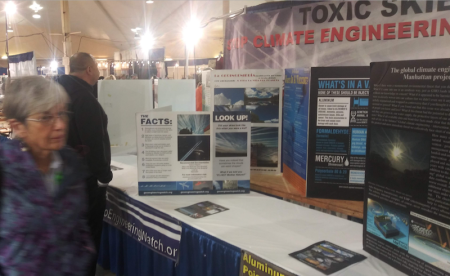 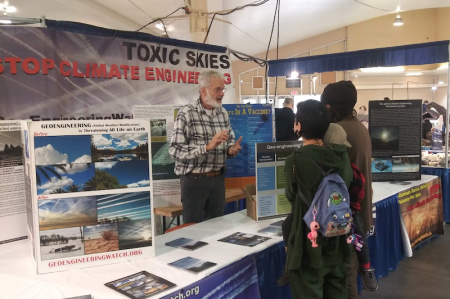 The video below covers the anomalous recent snow in parts of  Northern California.