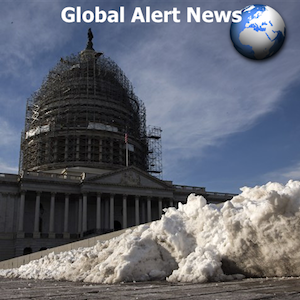 There is yet one major wildcard in the chessboard of unfolding circumstances and converging catastrophes, that is the population of the US. If Americans could be awakened to the sea of criminality and deception that is so rapidly surrounding us all, the outcome of the paradigm could yet be altered for the better (though our challenges have only just begun at best).  As the global economic collapse continues (fueled by the imploding biosphere), the US will soon find itself at the center of the storm. The further the curtain is pulled back, the more Americans will begin to realize that crimes like the poisoning of the water in Flint, Michigan, and the Southern California gas leak disaster, are only a small sample of what has been going on behind the scenes all along. 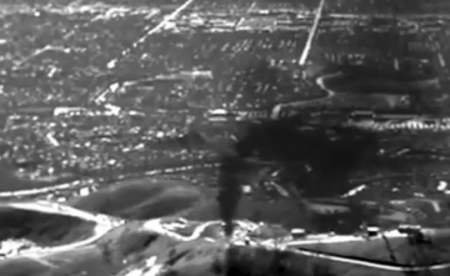 The massive methane leak in Southern California is going from bad to worse.

The global elite are more desperate than ever, "Winter Storm Jonas" is a stellar example of their desperation. Climate engineering/weather warfare is being pushed to ever more disastrous levels all over the world. The entire climate system is  unraveling due to MANY causal factors, which is imperative to remember. This being said, geoengineering programs are like a bucket of gas that is being heaped on a fire that is already burning dangerously. Overall global land and ocean temperatures are in  record high uncharted territory and constantly shattering records. The mass die-off of wildlife will continue to accelerate with new examples coming to light constantly. The very foundations of industrialized/militarized society are crumbling, empires are floundering and preparing for inevitable conflict. The latest installment of Geoengineering Watch radio is below.

Each of us, all of us, are going to sink or swim together. We are free falling into the most critical era in the history of the human race. Our daily actions and priorities (or lack of them) will determine our collective fate and future. Make your voice heard in the critical battle to expose and halt the global climate engineering insanity, every day counts.
DW