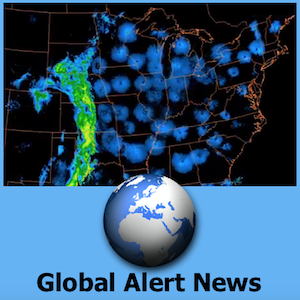 Blind patriotism is the highest form of tyranny. The walls of the military/medical/industrial complex are starting to crumble from countless directions, but will the slumbering population rise to the occasion and help with the ongoing effort of the few to carry the torch of awakening forward? The exceptionally powerful and moving VAXXED documentary is rapidly undermining the previous power structure programming of the population in regard to the false conclusions of vaccination safety (legal action to overturn the mandatory vaccination law in California has just been filed). Most medical industry personnel are extremely uncomfortable with any information that is critical of vaccinations, no matter how credible and irrefutable the data is. When trying to pass on flyers on the VAXXED film screenings to medical office professionals the typical response is hostility. I and other activists know this first hand as we continue to distribute VAXXED flyers to every possible locations. What are those in power doing to try and slow down the awakening of the population? A recent study from Oxford  is beyond shocking. The study suggests and concludes governments have the right to eliminate free speech in regard to vaccine safety issues, this should be chilling for us all (an excerpt is below).

Once people are fully awakened to the vaccination safety deception, they are much more likely to recognize and face the ongoing climate engineering threat. On the wider horizon, the climate chaos and biosphere implosion continues to press further and further into uncharted territory. A recent jet stream pattern took the upper air current from the northern hemisphere across the equator and deep into the southern hemisphere. An extreme jet stream pattern also just inflicted record shattering high temperatures (yet again) in the Pacific Northwest.  Though many mainstream media sources will predictably claim that such a jet stream patterns are "normal" and "not unusual", we must remember that the same sources claim that climate engineering is not going on. 1000 year floods in the Eastern US are also a telling indication of the ongoing climate engineering assault. This is especially true when we have radar maps that clearly show radio frequency manipulation of the precipitation that delivered the deadly deluge to West Virginia.  Why would any rational individual continue to accept the lies of the power structure controlled mainstream media mechanism of mass programming and propaganda whose job it is to systematically deny lethal threats to the population? Threats that we collectively face, like the verifiably harmful vaccinations and the ongoing climate engineering assault. What did world renowned astrophysicist Stephan Hawking have to state about the future of the human race if there is not a total course correction? The latest installment of Global Alert News is below.

Blind unquestioning obedience to the official narrative on any issue is wrong. Blind obedience to the power structure that is decimating our planet and poisoning our children (with types of vaccinations proven beyond reasonable doubt to be harmful) is nothing short of total tyranny. Sounding the alarm for the greater good is not just an option, it is an obligation. Make your voice heard.
DW