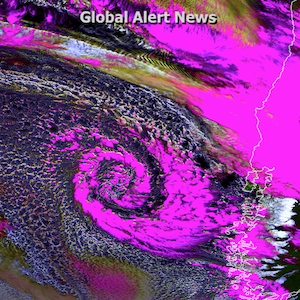 The global climate engineering operations continue unabated. Geoengineering Watch examines satellite imagery from all over the planet every day, no natural weather formations can be seen. An increasingly desperate power structure is doing all it can to initiate global conflict, the last option of a dying empire on a dying planet. If our collective efforts can fully awaken the masses before those in power are prepared for that to occur, we could yet alter the equation for the better. The latest installment of Global Alert News is below.

As those around us join the effort to sound the alarm, the circle of awareness is expanded. Share credible data from a credible source, make your voice heard, make every day count.
DW

Geoengineering Watch wishes to express our most sincere gratitude to Maciej Kocialkowski for his tireless work toward raising awareness on the critical issue of climate engineering. The geoengineering awareness booth in the photo below was set up at the Charlotte County Administration Building (7/16/19) in Port Charlotte, Florida. 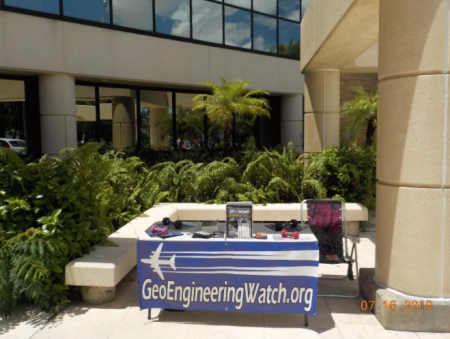 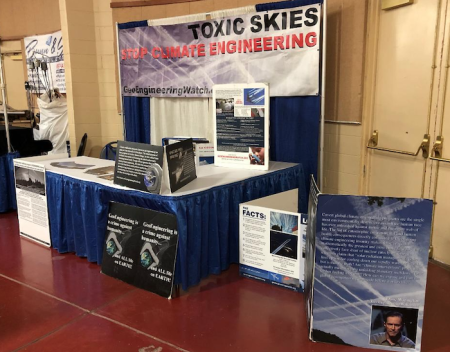 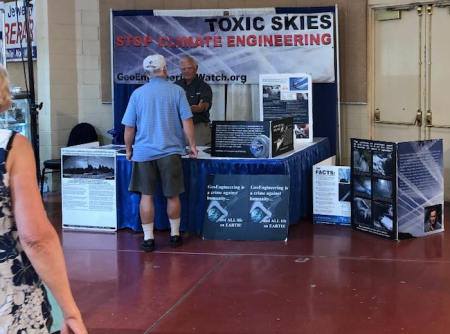 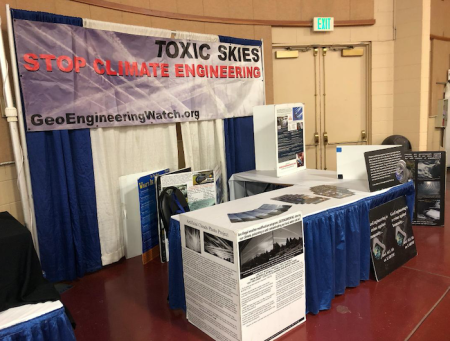