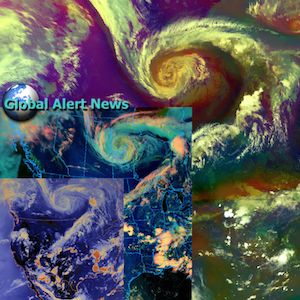 Intense Heat, drought, wildfires, and deluge are increasing exponentially all over the globe. How bad will conditions have to get before populations are willing to wake up to the collapsing biosphere and the global climate engineering operations? The latest installment of Global Alert News is below.

In order to effectively assist in the critically important effort to alter the current course of the human race we must first be willing to fully face unfolding realities without turning away. Reaching a critical mass of awareness is key, share credible data from a credible source, make your voice heard.
DW 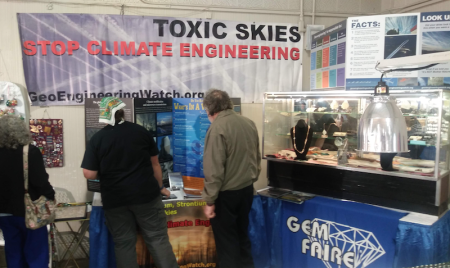 On Friday July 21st, GeoengineeringWatch.org flyers for the upcoming July 28th event were circulated throughout Northern California in 4 separate newspapers. A total of over 17,000 event flyers were distributed. Below is a flyer from a copy of The Record Searchlight, one of the 4 newspapers. 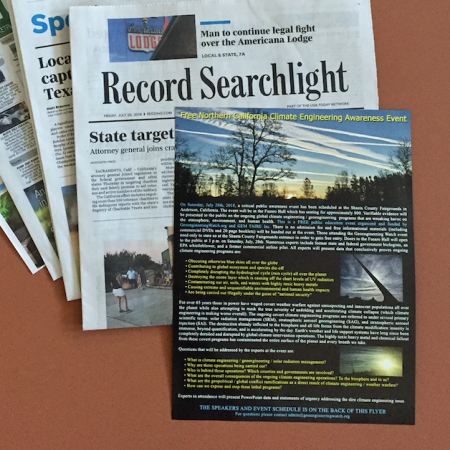 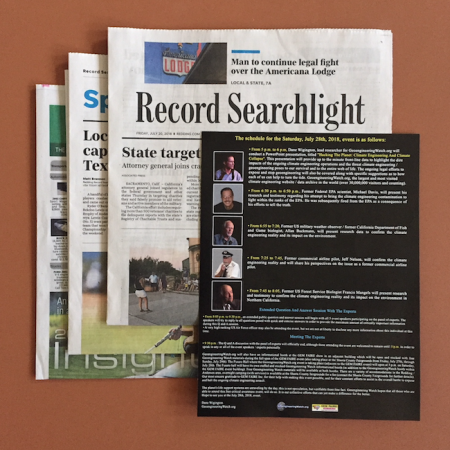