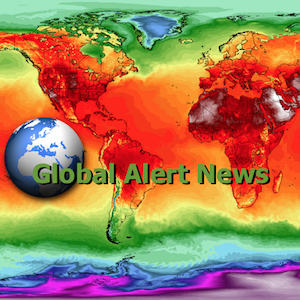 First world populations like those of the US and Western Europe have, so far, shown little awareness, understanding, or concern in regard to the rapidly converging challenges we collectively face. So many are all too willing to embrace and accept any lie they are fed that fits with their ideology and comfort zones. False data, power structure propaganda and media mass deception cannot hide the unimaginable realities we face for much longer. What does Mr. Trump mean when he says he will "make America great again"? Is Trump's pledge to revive the nuclear industry a part of that promise? The same nuclear industry that has (along with the US military) already officially dumped 90,543 containers of nuclear waste into the world's oceans? How many other counties have done the same? And all of this toxic waste dumping is on top of the rest of the nuclear contamination parade that is going on all over the globe from catastrophes like Fukushima and Chernobyl. And then there is, of course, the accelerating climate engineering insanity to contend with, what is occurring on that front? From countless directions the human race is pulling the noose around its own neck. If we destroy the planet's life support systems, we destroy ourselves, can the masses be awakened in time to turn the tide? The July 8th installment of Global Alert News is below.

No matter how long and arduous this critical battle for the greater good is, no matter how insurmountable the challenges we face seem to be, there is only one option, to face the storm head-on with all the strength and determination we can collectively summon. There is no turning back, we will sink or swim together, we must all do our part.
DW 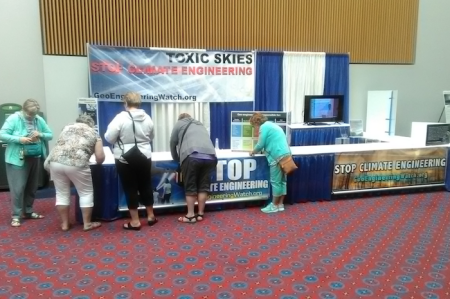