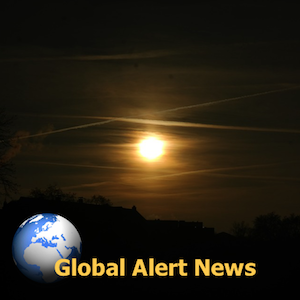 On countless fronts the wake-up is accelerating. Though the majority of the population is still doing their best to screen out unpleasant truths, for an ever increasing number of individuals the denial option is no longer working. The power structure is running out of ways to plug the holes in their sinking ship. They also know that on the current course their days are now numbered. Every imaginable means of mass distraction will continue to be utilized by the criminal power brokers. False flags events, divide and conquer tactics, and now the very real push toward WWlll by the US and other western powers. Conflict has always been business as usual for the US controllers. This moment in time in human history is like no other. Now the stakes are total, there is no going back. The latest installment of Global Alert News is below.

How much longer can life on Earth survive the onslaught of the human race? How much longer will the majority of global populations stay on the sidelines while the few wage the all important battle to expose the truth for the benefit of the whole and the greater good? This equation must change, it is changing, but every single one of us is indispensable on the frontline. Reaching a critical mass of overall awareness is the great imperative, this is especially true in regard to the ranks of the US military and law enforcement. We must all continue to sound the alarm by sharing credible data wherever and whenever possible, time is not on our side.
DW