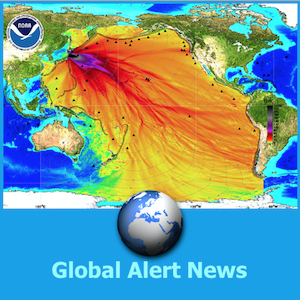 I just made a trip to the California State capital to distribute boxes of geoengineering awareness materials (magazine copies, commercial DVDs, and color glossy flyers) to every office of every representative and senator. I also distributed to every committee, this is the sixth time I have done this. Those at the capital now know about climate engineering, and they now know we know they know. On the 5th anniversary of the catastrophic Japanese quake, how many Americans have completely forgotten about Fukushima? How many Americans have assumed that everything is now under control regarding the nuclear accident that occurred on that fateful day 5 years ago?  Such a conclusion could not be further from the truth. In fact, the situation at Fukushima is worse than ever. "Tepco" (the company that owns the Fukushima nuclear power plant) and the Japanese government knew on day one there were total meltdowns occurring in multiple reactors, they did everything they could to hide the truth. The real truth about Fukushima is this, the technology to deal with this catastrophe does not even exist, and we are building dozens more nuclear plants right now. Governments around the globe and the agencies they control are tasked with hiding countless converging catastrophes that are closing in from every side. How does the story end? What will be our individual parts in the play? Will we sit passively by and tell ourselves someone somewhere is watching the horizon and thus watching out for our welfare? Or we will accept the fact that such a notion is a total delusion? We must focus on the following fact, from nuclear meltdown to climate engineering,  if the current course of certain suicide for planet Earth and the human race is to be changed, it is up to us. All of us. On the current trajectory the sand in the hourglass is running out rapidly, what will each of us do to help in the battle to alter the outcome before it is carved in stone?
Dane Wigington
geoengineeringwatch.org