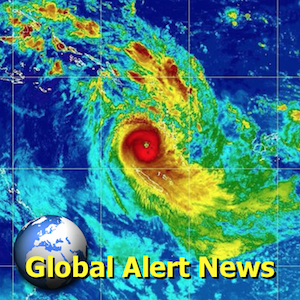 The societal division between those  who are willing to face the truth, and those who are not, is widening by the day. The power structure is doing all it can to fuel increasing animosity on all sides of of the equation. The truth about vaccination dangers is finally surfacing, this will continue to be a major and growing societal flashpoint. The former president of Merck corporation (the largest vaccine manufacturer in the world) led a secret biowarfare program, should this be a surprise? Global geopolitical issues are also spiraling out of control at blinding speed as a growing number of governments are losing control of their populations. A new study confirms the oxygen supply in the world's oceans is declining rapidly, the same is true for atmospheric oxygen. Ocean acidification is also accelerating ocean die-off. A new report from BBC warns us of new and formerly unknown pathogens that will be released from thawing permafrost, but will that be the true source of future plagues that are already beginning to unfold? How many in the environmental sciences are not telling the truth and thus betraying the very populations they pretend to serve? The latest installment of Global Alert News is below.

The dominos are already falling on countless fronts. Now, more than ever, all of us that are truly committed to the greater good need fortify our resolve to press on with our efforts to credibly and efficiently sound the alarm.  Many have long since grown weary from this mission, but we must continue. This battle cannot be fought without an army of the awakened, and though so many are trying to remain willfully blind, unfolding circumstances will very soon force eyes to open. Make your voice heard.
DW

This week's GeoengineeringWatch.org outreach booths are in two locations: at the OC Fair & Event Center, Costa Mesa, California (photos below), and at the Scottish Rite Center, Sacramento, California. My most sincere and continuing gratitude to the Gem Faire exhibition organizers for facilitating and setting up the very effective booths in every week's Gem Faire locations. The schedule for upcoming Gem Faire events is HERE. A geoengineeringwatch.org booth will be at all events, thanks to the steadfast support of Gem Faire. 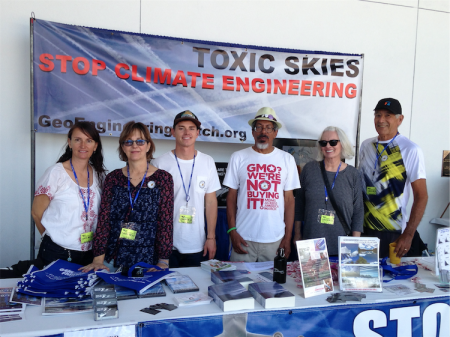 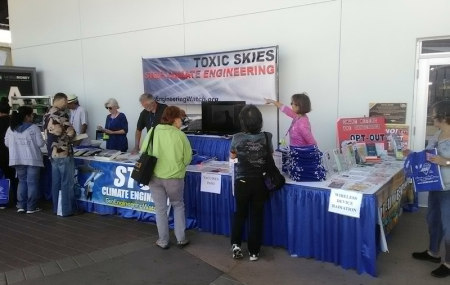