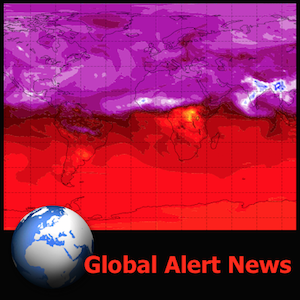 Nature is unimaginably resilient, but when the breaking point is reached, collapse comes at blinding speed. The human race has already pushed the planet past the point of no return in countless ways, we are truly in uncharted territory. Is there any effort whatsoever on the part of those in power to slow the destruction of the biosphere? None. The race for resources and total control is worse than ever before, lines in the sand are being drawn all over the globe. Canada, India, and other regions around the world continue to incinerate. Oceans, reefs, kelp, and fish, continue to die. Coastal cities are pumping out from rising sea levels with sewage now filling the waters off Miami. 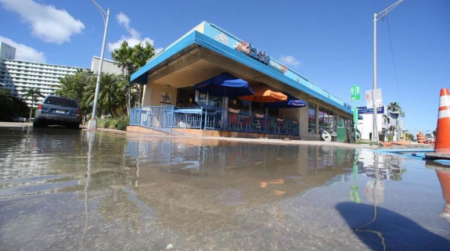 Miami is now pumping out rising sea levels on a constant basis, the city is already on borrowed time.

Brazil has just joined the list of democratically elected governments that have been ousted by western powers and interests in pursuit of more power and resources. There are yet more front-line signs of the coming crash of industrialized civilization, Caterpillar (the world's largest equipment manufacturer) has just past the 41st consecutive month of declining sales. This is the real economy, the stock market is an illusion that will soon be shattered. Venezuela is still free-falling into total chaos while Americans remain largely asleep at the wheel. Even with the global climate disintegrating, how many are actually taking action? The latest installment of Global Alert News is below.

What would happen if every single one of us put all our available effort and energy into the fight for the greater good? The most dire and potentially uniting issue on the planet is the fight to expose and halt the climate engineering assault, let's all renew our efforts to sound the alarm.
DW