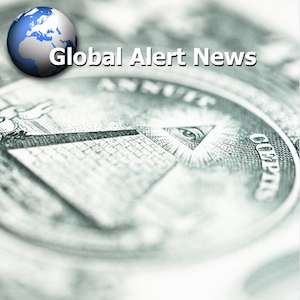 Who is really pulling the strings of the government? Who is really running the show from behind the curtain? What do we know about the "shadow government"? Do "elected officials" really have any real power over the policies and actions of what has now become the US police state? Where do we go from here? How much longer can the converging global cataclysms be hidden in plain site from the still sleeping population?  The latest edition of Global Alert News is below.

No matter how ominous the gathering cloud of darkness looks, is giving up on the fight for the greater good ever an option? Is there any solace whatsoever in giving up and walking away from the front line of the battle? Our will is all that we can say that we truly own. The correct use of our will is a choice, and that choice rests with each of us alone. It cannot be taken from us, ever. We must not abandon the fight for the greater good, we must not walk away, we must not yield, we must never give up. To remain silent about injustice is to submit to the collective insanity, this is not why we are here. Stand up, investigate the facts, look through a clear lens, and make your voice heard.
DW

This week's GeoengineeringWatch.org outreach booth is in Puyallup, Washington, and is shown below. My most sincere and continuing gratitude to the Gem Faire exhibition organizers for facilitating and setting up this very effective booth in every week's Gem Faire location. The schedule for upcoming Gem Faire events is HERE. A geoengineeringwatch.org booth will be at all events, thanks to the steadfast support of Gem Faire. 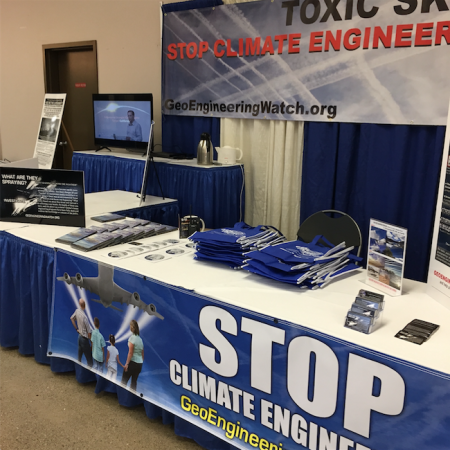 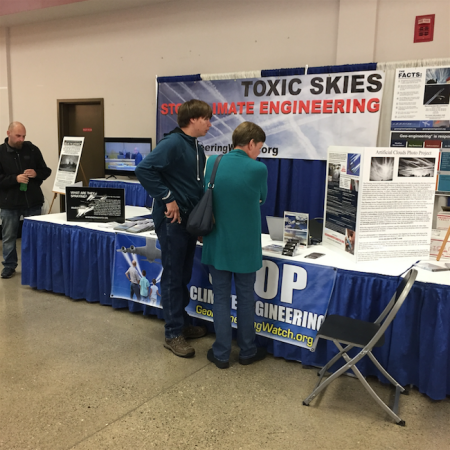 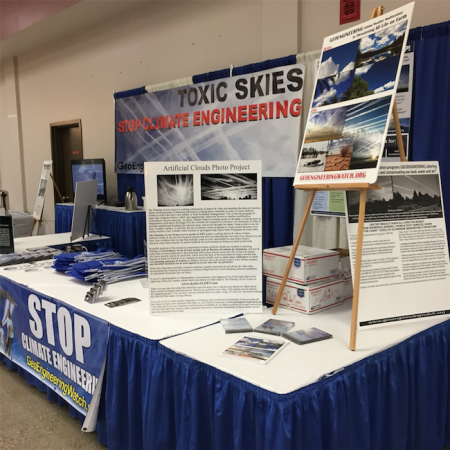