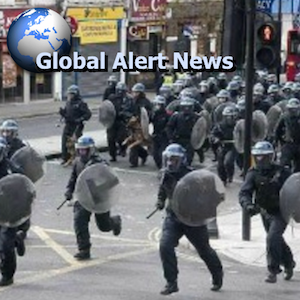 Of the countless sources of anthropogenic damage to our once thriving planet, climate engineering is at the top of the list. As the biosphere collapses, industrialized civilization and society will follow, there is no other possibility. The global power structure is preparing for the coming collapse as rapidly as it  can, while at the same time fueling the process. Global unrest is accelerating by the day, the "terror attacks" strategy of control by fear should be expected from the power structure. Will WWlll be the the next card played by those in power as they run out of options? 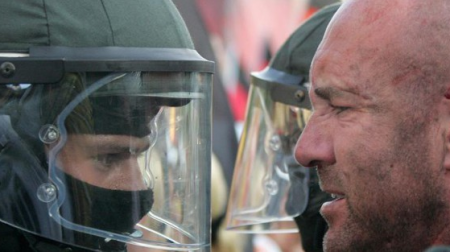 The global economy is free falling into total collapse. Not only is every form of US freight screeching to a halt, the global dry freight index (BDI) is at all time record low levels (the BDI is the most untarnished economic barometer on the planet). The same story holds true for China's container freight which is also plummeting. What happens to the deteriorating glut of global container ships (photo below)? They are consumed by the industrial cancer in massive coastal salvage operations. The unused and obsolete vessels are torn apart under extremely dangerous conditions by a work force that amounts to slave labor. This image is a fitting metaphor to depict industrialized/militarized civilization consuming itself. 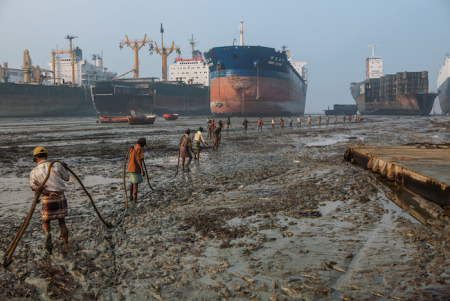 The rapidly unraveling climate system is already wreaking havoc on harvests, marine ecosystems, marine fisheries, and fresh water fisheries. Many of the globe's megacities are facing certain inundation from the rapidly rising sea levels.The damage to the planet is much more severe and advanced than any official sources are disclosing. Finally, some of the longstanding cover-up of this damage is being exposed as the Exxon-Mobil investigation continues to unfold. Too little, too late, we are through the guardrail and heading to the bottom of the canyon. The walls are closing in which means the power structure will utilize all available options they have to distract populations from the bigger picture (like the toxic spraying going on above their heads) and to galvanize public support for increased government control. The "terrorist attack" card was to be expected and now we have it in France. The power structure chess pieces are being put into place. As we brace for impact on many fronts, we should all continue to sound the alarm to the best of our ability given our individual circumstances. If we combine our efforts, we could still change the flavor of what we face. We may still be able to salvage what is left of the Earth's live support systems, but only if we all pull together by being active, committed, and effective in the fight for the greater good. Below is the latest installment of Global Alert News.
DW