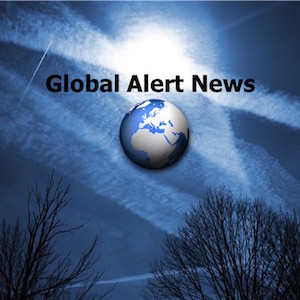 While environmental groups and spiritual institutions continue to look the other way in regard to the ongoing atrocities in our skies, the all out weather/ biological warfare assault continues. Is it the fear of losing their "non-profit" status that keeps them silent? All the while the mainstream media weapons of mass distraction are taking their toll on the general populations ability to connect the dots, or even to care at all about what is unfolding around them. Who is behind the atmospheric spraying? Why is it being done? Why aren't we being told about it? The perspectives on these questions are discussed in this episode, and are imperative to consider. The power structure orchestrates the cooperation of those that carry out the climate engineering insanity by convincing them that it is for the greater good, this could not be further from the truth. Climate engineering is decimating our biosphere. On a geologic time scale the horrific damage already inflicted on our planet and atmosphere has occurred in the blink of an eye. Those who believe they will survive if the onslaught continues are not looking through a clear lens. Industrialized/militarized society and the human race has two options, a complete course correction, or near term extinction.
Dane Wigington
geoengineeringwatch.org