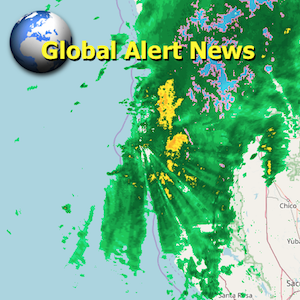 Resource wars continue to be waged all over the planet. Which countries military do we find at the front line of the conflicts in nearly every case? The USA. With a military machine that is as large as the next 10 largest militaries combined, the USA is also leading the charge on the global climate engineering / weather warfare assault. Extreme weather whiplash scenarios are worsening at blinding speed. Radical swings in temperatures and conditions have now become the norm as the geoengineers continue to completely derail what is yet left of Earth’s climate and life support systems. Is Ireland going to bear the brunt of yet another unprecedented extratropical cyclone? The CIA continues with its efforts to take down any leader in any country that is reluctant to subordinate it’s own interests to the US empire’s dictates. The latest installment of Global Alert News is below.

Public apathy and planetary onmicide are moving forward in lockstep. Will it take the emptying out of market shelves before first world populations are forced to wake? The rapid acceleration of “natural” disasters is finally causing even the most ardent deniers of reality to take pause. It is up to all of us to share credible data from a credible source so that we can fast forward the awakening process of those who have not yet opened their eyes. Don’t sit the bench, get on the field and join the battle for the greater good.
DW

The next GeoengineeringWatch.org outreach booth will be at the Lane County Events Center, Eugene, Oregon, November 3rd to the 5th. My most sincere and continuing gratitude to the Gem Faire exhibition organizers for facilitating and setting up this very effective booth in every week's Gem Faire location. The schedule for upcoming Gem Faire events is HERE. A geoengineeringwatch.org booth will be at all events, thanks to the steadfast support of Gem Faire. Unfortunately, the Santa Rosa GEM FAIRE event, that was scheduled for this weekend, was cancelled due to the firestorm catastrophe in Santa Rosa.

Our thanks to the activists that have distributed GeoengineeringWatch.org informational flyers at theaters where the film “Geostorm” was released. 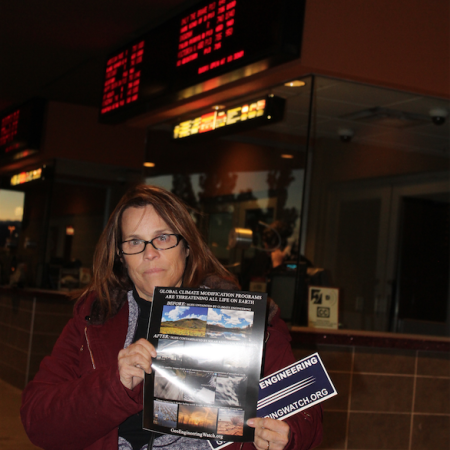 A Geostorm movie patron holds a GeoengineeringWatch.org flyer at the AMC-14 theatres in Redding, California where anti-geoengineering activist Lori Bridgeford passed out materials. 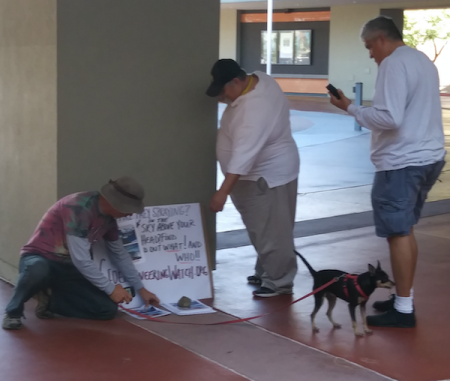