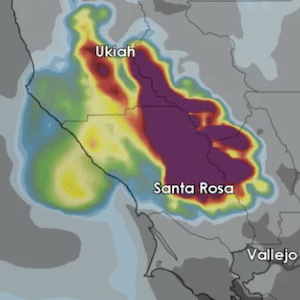 Record West Coast heat and unprecedented wildfires are wreaking havoc in California while it it is snowing in Texas. What’s wrong with this picture? How will farmers grow food with so many abrupt and extreme weather fluctuations? How can the flora and fauna survive? The science community and government sources are still trying to claim that the technology to engineer the climate does not currently exist. Does such a narrative hold up to even the slightest objective investigation? As a result of our ongoing “Freedom of Information Requests” from the National Oceanographic and Atmospheric administration, GeoengineeringWatch.org has recently received hundreds of additional documents on surface UV radiation. How many were redacted? Almost all of them. The US government and the agencies it controls have become nothing less than a covert criminal organizations. Is Earth’s ozone layer actually recovering? Or continuing toward total collapse? An official source of atmospheric testing for government agencies has admitted on the record to GeoengineeringWatch.org that their testing protocol is not sufficient to detect dangerous pollutants. Who has admitted this and what did they say? The latest installment of Global Alert News is below.

Those who control the levers of power are doing their best to censor critically important information from the public. If we are to have any chance of waking populations to all that is unfolding, it's up to us. Share credible data from a credible source, make your voice heard.
DW

This week's GeoengineeringWatch.org outreach booth is at the Sonoma County Fairgrounds, Santa Rosa, California, and is shown below. My most sincere and continuing gratitude to the Gem Faire exhibition organizers for facilitating and setting up this very effective booth in every week's Gem Faire location. The schedule for upcoming Gem Faire events is HERE. A geoengineeringwatch.org booth will be at all events, thanks to the steadfast support of Gem Faire. Update, The Gem Faire event at the Sonoma County Fairgrounds has just been canceled due to approaching wildfires. 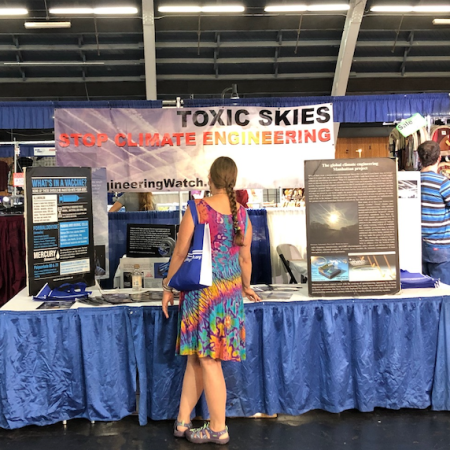