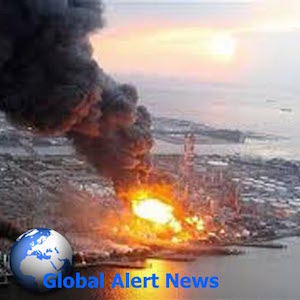 Normalcy bias still prevails in many populations around the globe that have so far been somewhat sheltered from the unraveling reality that others are already mired in. This is especially true in America, where the masses have been very effectively trained to reject and ignore anyone that dares disturb their denial with uncomfortable news or information. An unfortunately high percentage of Americans have been asleep for far too long. The power structure controlled media is pumping out meaningless distractions and drama at a furious pace in order to distract the population and deflect attention from other converging catastrophes. From the rapidly unraveling geoengineered climate to the triple reactor meltdown nuclear volcano of Fukushima, the sand in the hourglass is running out. Who is really in charge of the agencies that are tasked with informing and alerting the public? The rapidly increasing radioactive fallout from Fukushima is a case in point. The International Atomic Energy Agency (IAEA) appears to control the World Health Organization (WHO). Is it any wonder almost no one has any idea how catastrophic the Japanese nuclear meltdown is?
Dane Wigington
geoengineeringwatch.org