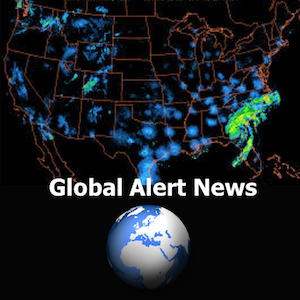 With each passing day, with each passing week and month, the overturning of our former reality is unfolding. As countless individuals in our society try desperately to cling to the fading paradigm they have known, their propensity toward total denial is reaching ever more astounding levels. Others, in agencies and the media, are displaying unimaginable levels of tyranny and public betrayal as they grasp for what they falsely perceive as security by conforming to the herd mentality. In addition to the 24/7 climate engineering toxic aerosol assault, citizens in the US and elsewhere are now being sprayed with incredibly toxic organophosphates under the guise of mosquito abatement. The economic implosion continues to move in lockstep with the unfolding biosphere collapse, even Walmart is letting 7000 employees go. The US has become a war state that is simply a tool of the military industrial complex, but is this really anything new? How close is global conflict? How much longer can the biosphere function under the all out assault from countless directions? When will the apathy and denial of first world societies finally shatter? The latest addition of Global Alert News is below.

Each of us is responsible for ourselves, for our own conduct, for what we do (or don't do) toward the greater good. We must stand together with unyielding resolve to help with the most critical effort of all, to wake the sleeping masses. Make your voice heard, make every day count.
DW