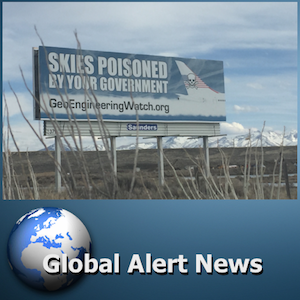 Has Hurricane Maria dealt Puerto Rico a death blow from which it will never recover? The global climate engineering Manhattan project includes the manipulation and steering of hurricanes which historical data confirms the US military has been engaged in for over 70 years (since Project Cirrus in 1947). Anyone who still doubts that the power structure would use such covert weather weapons to suit their own agenda, needs to recheck their reality. The accelerating climate and biosphere implosion is forcing the hand of governments around the globe, their desperation will increase on countless fronts. Anyone who still believes the paradigm we have known will somehow continue indefinitely in spite of it all, is in for a stark awakening soon. The current conditions in Puerto Rico serve as an example of what the whole of humanity is facing on the near term horizon if we remain on the current course. The latest installment of Global Alert News is below.

The converging catastrophes we collectively face are nonlinear and accelerating by the day. Now, more than ever, we must work together toward the critical effort of waking the masses to all that is unfolding.
DW 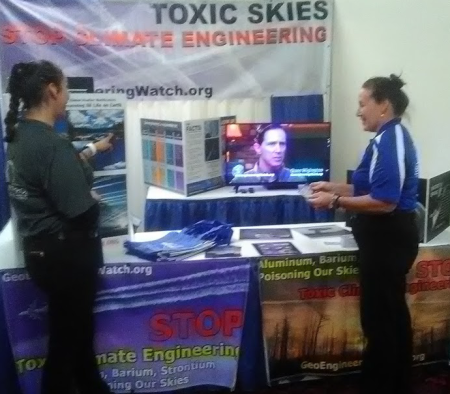 The ongoing Geoengineering Watch booth by Mike Torrence ("a simple horseman") at the Tonasket farmer's market in Washington State. The photo shown below was taken on 9/28/2017. Our deepest gratitude to Mike and to all dedicated activists and individuals that are doing their best to help sound the alarm on the critical climate engineering issue. 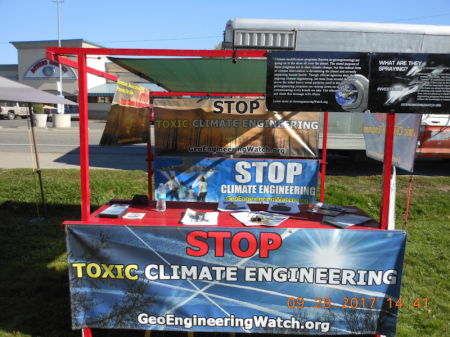 Our deepest gratitude to Maciej Kocialkowski for his help with spreading anti-geoengineering awareness in Poland. 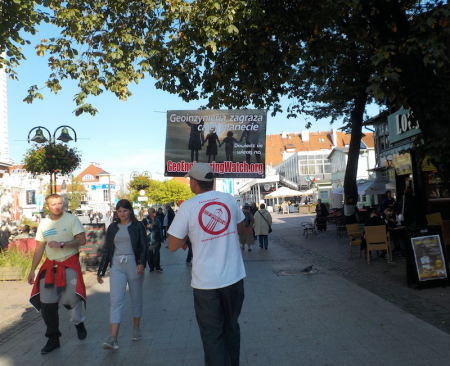