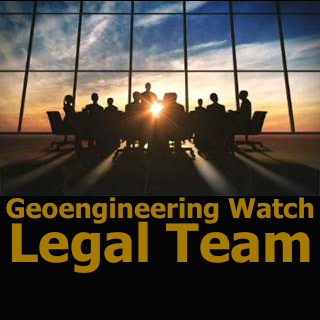 Global climate engineering/solar radiation management programs continue to wreak havoc on planet Earth and the entire web of life in spite of the "official denial" of these ongoing programs. Numerous historical documents including extensive US Senate disclosures and presidential reports prove that worldwide weather modification (geoengineering/weather warfare) has been going on at a significant scale since the late 1940's. The list of known climate engineering patents is yet more confirmation of the atrocities being carried out in our skies. In an apparent effort to silence any potential disclosure on the completely illegal climate manipulation, a federal "gag order" has recently been placed on all National Weather Service and all NOAA employees. Over the last six months the tireless effort to organize solid legal action for the purpose of exposing and halting global geoengineering programs has progressed behind the scenes. Many dedicated attorneys and environmental experts have donated their time and energies to this all important effort. The current legal team includes 8 attorneys from the US, 3 attorneys from Canada. After countless conference calls, emails, and other extensive evidence and information organizing efforts, the team is moving solidly forward in preparation for legal action as we enter 2016.

With every passing day Earth's climate system continues to disintegrate. Though there are countless anthropogenic sources of damage to the biosphere and the climate system, the covert climate engineering programs must be placed at the top of the overall list. A rapidly increasing diversity of experts continue to testify about the threat posed by geoengineering programs.  The initial funding to get the public relations wheels turning has come from "Stop Geoengineering MN, a registered non-profit organization that is a core part of the legal team. The team's current target goal for legal filing is mid  year, 2016 (The Canadian attorneys may file sooner in Canada). Though the attorneys on the Geoengineering Watch legal team are personally committed  to stop geoengineering, and are working at their own expense as consistently as they can for the sake of the greater good, some of the legal professionals are needed to focus full time on this critical battle. If this effort is to continue, financial support for the legal team and the public relations efforts will be critical. This call for support is for the "Stop Geoengineering Legal Defense Fund" alone. Contributions can be made directly into the non-profit fund. All donations are 100% tax deductible and 100% of all donations go directly and exclusively to the legal effort. Contributions to the non-profit "Stop Geoengineering Legal Defense Fund" can be made HERE. 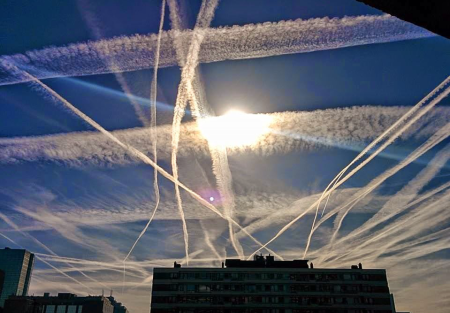 Earth and the entire web of life are at a crossroad. Of the all the ongoing forms of decimation to the planet, global climate engineering programs are mathematically the most destructive of all anthropogenic activities to the biosphere overall. No matter how dark the horizon is, if the covert and illegal geoengineering insanity can be fully exposed before those behind the programs are prepared for this to happen, we may yet have a chance to stop geoengineering. The credible legal filing alone will bring the desperately needed public awareness to this issue. Even if the legal action is eventually shut down (because of the potential "national security" defense being utilized by "official agencies"), that would still be an admission of the geoengineering reality. A critical mass of public awareness will still have been reached. Exposing and halting global climate engineering is essential if we are to salvage what is yet left of Earth's life support systems. If populations around the world fully understood what geoengineering/weather warfare programs have done to the biosphere as a whole, and to their own health, (without their knowledge or consent), a shock wave would travel around the globe. It would be nothing less than a paradigm shift.  Anyone with insider information on covert climate engineering programs, that is willing to share this information for the greater good, can speak confidentially to an attorney from the team. Such a connection can be initiated by sending a message HERE. If we do not all come together in this effort now, then when? Time is not on our side. The Geoengineering Watch Legal Team effort is not affiliated with or connected to any other group, organization, or website, with the exceptions of "Stop Geoengineering MN.
DW