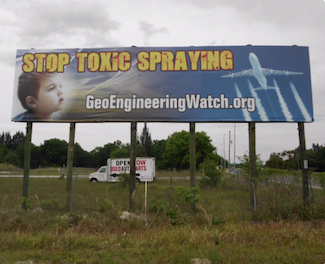 Hello everyone, my name is Maciej Kocialkowski and I am a Southwest Florida area anti-geoengineering activist.

The billboard you see was just installed on 4/14/16 and is scheduled to remain at location for 12 months. It is in Punta Gorda, FL, on US HWY 17, about 1.5 miles north of I-75, and visible going north towards Arcadia. The traffic count is about 14,000 vehicles a day. It is going to be a challenge to keep this billboard, unless we can find enough motivated individuals to help us with this effort. Those of you who already donated, can and should be proud of yourself. You are now a part of this project. We are asking and hoping for others to contribute, and/or help us to publicize this campaign so we can reach maximum exposure in order to collect as much funds as we can. It is also my hope and wish that this effort will serve as an example, and encourage others to organize similar projects. Reaching a critical mass of public awareness on the climate engineering issue is absolutely critical if we ever are going to have any realistic chance for ending this climate engineering nightmare once and for all. 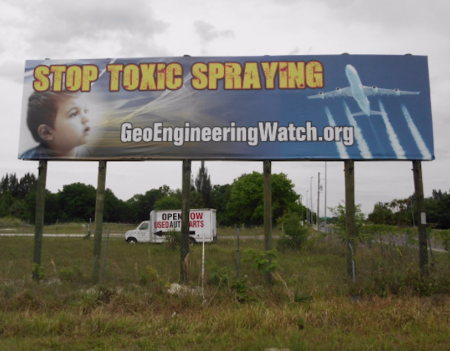 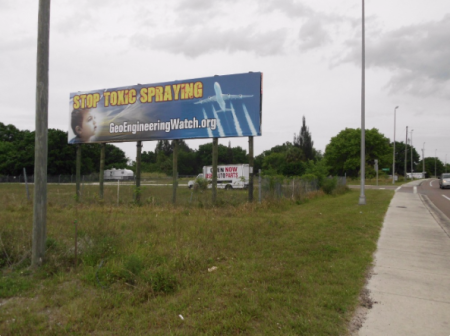 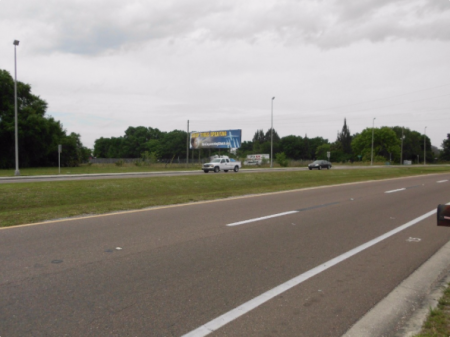 4 Responses to GeoengineeringWatch.org Billboard In Florida: Let’s Keep It Going