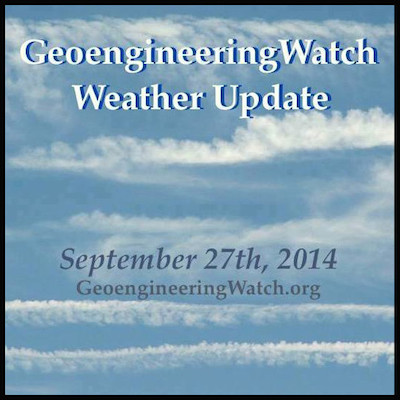 Share667
Tweet
+1
Share
Pin11
678 Shares
Temperatures in the low 20s in early September and now pushing 100 near the end of the month? What is wrong with this picture? Not only is most of the population not yet able to recognize the all too obvious spraying of our skies on a nearly constant basis, but even the unprecedented fluctuations in the weather are going unacknowledged by most. So long as the “experts” say is all just “normal”, the public goes back to sleep. Conditions will soon be too extreme to ignore and the waking up will not be a choice any longer. The faster we reach critical mass of accurate awareness, the better our odds.
Dane Wigington
geoengineeringwatch.org