Global Die-off, The Age Of Man (Anthropocene Era) Has Taken Its Toll 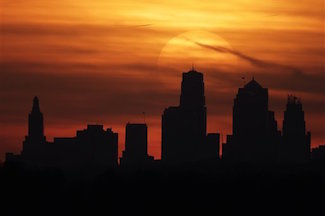 I once saw an image of a man standing on a beach in Sri Lanka just after the earthquake of 2004 had occurred. He was staring out at the rapidly receding ocean and seemed to have no comprehension of the tsunami that was nearly upon him. This image is a metaphor of the human race. Our biosphere is free falling into the sixth mass extinction event on planet Earth, it's not coming, it is here. The "anthropocene era" is the age of humans, the age of destruction to our once thriving planet. As the walls close in, the depth of denial in many grows more tenacious. Those who are desperately trying send out a warning are referred to as "alarmists". Environmental collapse is directly connected to total economic collapse, the two issues are inseparable. The time George Orwell eluded to is indeed here, "the further a society drifts from the truth the more it will hate those who speak it." The recent 2 minute video below from CBS news is shocking, but only the smallest glimpse of what is unfolding globally.

Of all the anthropogenic assaults on the natural world, global climate engineering is mathematically the greatest and most deadly. Only nuclear cataclysm has the potential to eclipse the global mortality already caused by the decades long geoengineering/weather warfare/ biological warfare. Climate engineering has even greatly increased the threat we face from nuclear cataclysm due to the damage that has now been inflicted on the atmosphere from the particulate spraying, which has caused ozone layer destruction and now nuclear power plants are much more vulnerable to CME events. We are all in a fight for life, our priorities should and must reflect this fact. Make your voice heard.
DW

19 Responses to Global Die-off, The Age Of Man (Anthropocene Era) Has Taken Its Toll