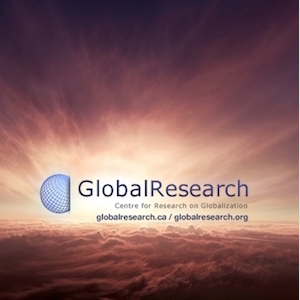 Our world and the reality we have known is changing by the day. Governments around the globe (and the mainstream media they control), are all doing their best to hide reality from populations until the last possible moment. Global Research is an excellent source of hard hitting front line data from around the world. In the "Global Research News Hour" below, 3 short interviews cover various converging catastrophes currently faced by the human race and all life on Earth. Although Guy McPherson is in complete denial about the climate engineering issue (and it's catastrophic effect on the climate), his assessments in regard to the actual state of the climate are still valid. Richard Heinburg has done extremely extensive and important work on the issue of resource depletion, though I would argue that he is not taking into account the gravity of our imploding biosphere, and the climate engineering issue. We must all learn to sift out important data from many sources, this is imperative for putting together a more complete and accurate picture of the challenges we collectively face. The bottom line is this, I am grateful to Global Research for giving the critical climate engineering issue a voice.
Dane Wigington
geoengineeringwatch.org

World leaders engaged in two weeks of intense negotiations geared at turning the tide on one of the greatest threats facing humanity, namely runaway climate change.

As of Saturday December 12, negotiations concluded with an agreement focused on keeping global temperatures below the agreed upon limit of 2 degrees Celsius above pre-industrial levels, as well as $100 billion a year commitment in climate financing for developing countries.

The celebratory rhetoric and declarations of the ‘historic’ nature of this accord glosses over some of the complications involved in adequately confronting the fall-out from a society addicted to fossil fuels.

First we speak to Richard Heinberg. He is a Senior Fellow with the Post-Carbon Institute. He is a journalist, and author of a dozen books including The Party’s Over: Oil, War and the Fate of Industrial Societies (2003) and his most recent Afterburn: Society Beyond Fossil Fuels (2015). Heinberg is considered one of the world’s leading educators on the subject of Peak Oil, the opposite side of the fossil fuel energy coin. In this interview he outlines the extent to which our society is dependent on cheap oil, why peak oil is still an issue in spite of $40 a barrel oil, how hydraulic fracturing and other new oil recovery technologies is generating an oil economy ‘bubble’ that is set to burst, and why transitioning to a “renewable energy” economy is much more complicated than many people anticipate.

Dane Wigington is a licensed contractor based in northern California and a former employee of Bechtel. The founder of the information site geoengineeringwatch.org, Wigington is convinced that geo-engineering is among the greatest threats facing humanity at present, He remarks that geo-engineering efforts such as Solar Radiation management and the (High Frequency Active Auroral Research Program  (HAARP) are not only harmful, but have been clandestinely pursued for decades. He expresses his thoughts about why weather modification is being pursued, how humanity and the ecosphere is being affected, and why there is so little public discussion about impacts of these programs even from traditional Climate activists.

Finally, we hear from Guy McPherson. He is a Professor Emeritus of  Natural Resources and Ecology & Evolutionary Biology at the University of Arizona. He has spent years assembling and collating available peer-reviewed research on climate. On his blog Nature Bats Last is a ‘Monster Climate Essay‘ which leaves readers with the conclusion that there is virtually nothing that can be done to halt runaway climate change and the Near-Term Extinction of the human species. Dr. McPherson updates listeners on the most recent discoveries and the prospects of these Climate Meetings to accomplish much of anything of significance.

Click below to listen to all three interviews, total show time is 59 minutes.